Tyson Fury Promises To Donate Millions Earned From Fight Against Deontay Wilder To The Homeless, Says He Has No Interest In Becoming A Millionaire 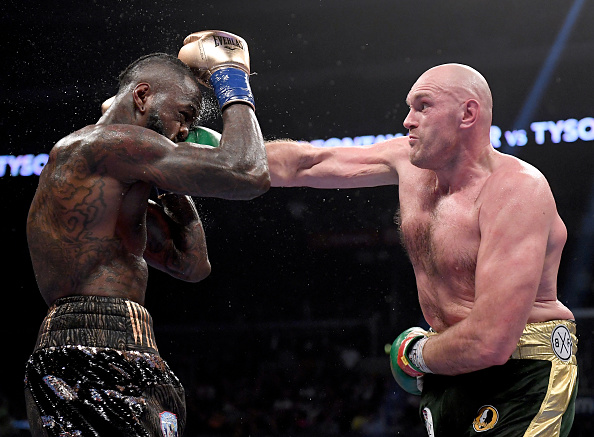 Last night, Tyson Fury became a heavyweight boxing legend when he incredibly got up after getting viciously knocked down by the hard hitting Deontay Wilder in the 12th round of their fight last night.

Tyson Fury getting up in the 12th round is better with this commentary
(🎥: @AndyHa_ ) pic.twitter.com/z0dTm7E4b8

I PASSED THE CHAUFFEUR THAT SHIT THAT MADE FIENDS RISE FROM THE DEAD LIKE THRILLER 🗣️🗣️ pic.twitter.com/OLgZXaJ8Zf

Tyson Fury got up after this… 😳 pic.twitter.com/QD4TFT5bbL

Me when Tyson Fury got up pic.twitter.com/tJl4dDwaB8

While what Fury did in the ring against Wilder was amazing after a three-year layoff battling drug and mental health issues what he’s doing outside of the ring is even more remarkable.

Before yesterday’s fight, Fury promised to donate his entire purse which is reported to be at $3 million to build homes for the poor.

I’m going to give it to the poor and I’m going to build homes for the homeless,” Fury said. “I don’t really have much use for it, I’m not interested in becoming a millionaire or a billionaire. I’m a boxer not a businessman and I’ll probably go down the same route as every other boxer — skint at the end of it all. You can’t take it with you so I might as well do something with it and help out people who can’t help themselves.”

Fury went on to say that he has no interest in passing down the money he’s earned from boxing to his children because he wants them to make their own way in life.

“I believe all kids should make their own money in life because if they don’t, they won’t appreciate it,””It’s easy to spend someone else’s money and the money I’ve earned is practically blood money. My kids have to make their own living and make their own way in life; they won’t be living off my name or reputation because that’s too easy a route,” he continued. “You see many of these rich people’s kids doing nothing because they had it too easy. I never had it easy, I had to work for whatever I got. I was working from very young, everything I wanted in life I had to work for.”

Seems like Fury has a pretty good head on his shoulders.