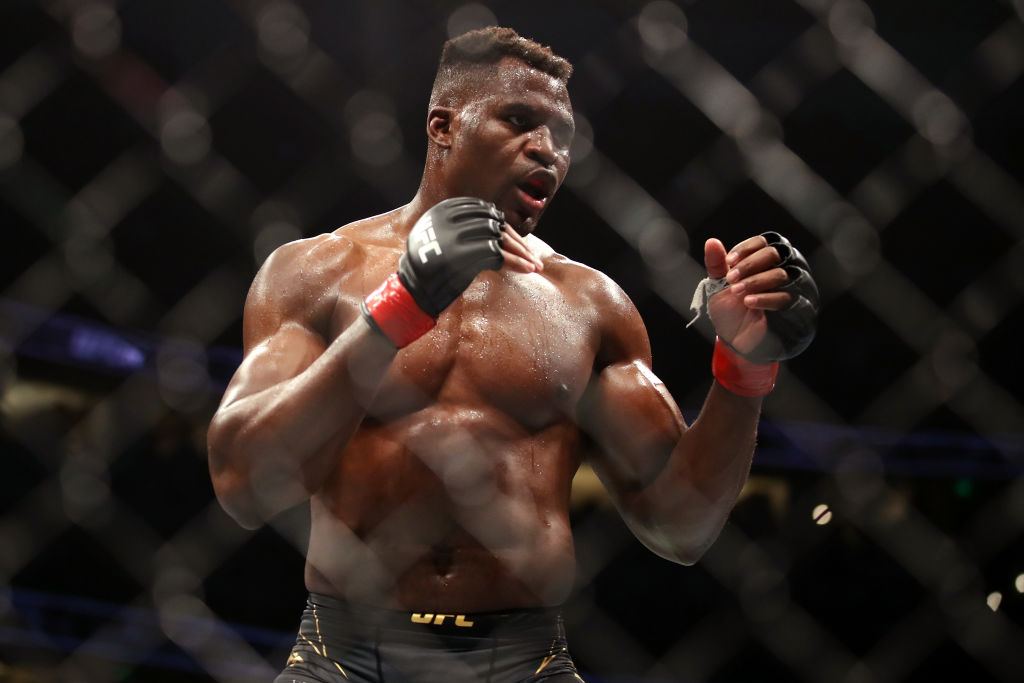 It appears Francis Ngannou might get his wish to box Tyson Fury.

Two weeks ago, the UFC announced they were going to release Ngannou from his contract and along him to test free agency after being unable to sign him to an extension.

“We are going to release (Francis Ngannou) from his contract. We are giving up the right to match. He can go wherever he wants and do whatever he wants”

Ngannou has stated that he wants to dabble in boxing and is looking to fight either Anthony Joshua or Tyson Fury in the boxing ring.

Tyson Fury’s father, John Fury spoke with the Daily Mirror and says that Tyson would be interested in a boxing match with Ngannou.

“Yes absolutely he is a big powerful stature of a man, he is a heavyweight and he can certainly do some damage,”

“He is built like Joe Joyce, size is everything in every aspect. Francis Ngannou is a free agent now, that looks very tasty on paper. Two big giants swinging at each other, it sounds good it sells so it is certainly in his plans.”

Fury is currently negotiating to fight Oleksandr Usyk in a heavyweight title unification bout in late March or April. Depending on how the fight with Usyk goings, Fury would be free later this year to fight Ngannou.