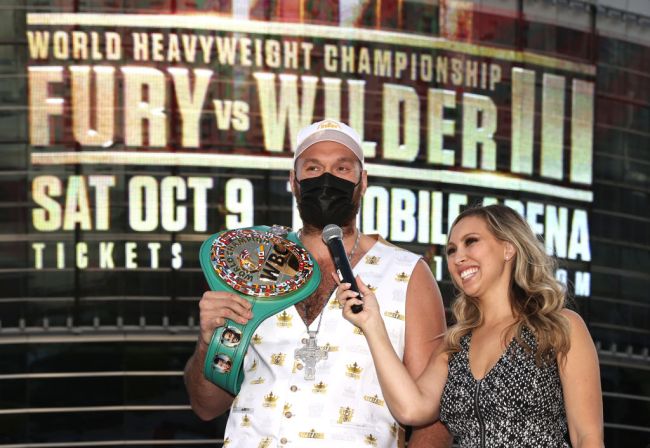 Wilder-Fury 3 is only days away and Tyson Fury is already starting with the trash talk.

On Tuesday both fighters arrived in Las Vegas for their Grand Arrivals to meet with media and fans.

During his prefight interview Fury straight-up called Wilder a “piece of shit” for accusing him of cheating during their last fight and promised to KO the “Bronze Bomber” on Saturday night.

Tyson Fury on Deontay Wilder “I think the guy is a real piece of shit “ @trboxing @PBConFOX #wilderfury3 pic.twitter.com/CYCJ7Qmu18

“I think the guy’s a real piece of shit, he’s a real piece of work, and nothing or nobody will ever change my mind, when we first set to fight I thought he was decent man, a family man …but now I know he’s a piece of rubbish, a piece of garbage and I’m knock him out on Saturday night.”

Fury is set to face Wilder for a third time on Saturday night via ESPN PPV.

Once more and for all.