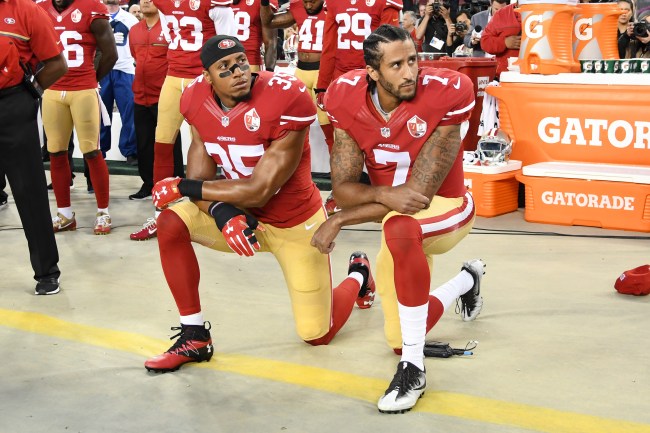 The U.S. Navy SEALS are distancing themselves from the Navy SEAL Museum following backlash from a video that went viral on the Internet.

Over the weekend, journalist Billy Corben uncovered a pair of videos taken at the Navy SEAL Museum in Ft Pierce, FL in 2019 that shows five military dogs attacking a Colin Kaepernick stand-in for standing during the national anthem.

In an email obtained by the AP,Rear Admiral Collin Green. the commander of the Navy SEALs. said the unit will cut ties with National Navy SEAL Museum, a nonprofit organization not overseen by the military. Green does open the door to revisit the relationship in the future if the museum makes the “necessary changes to ensure this type of behavior doesn’t happen again.”

“Each and every one of us serves to protect our fellow Americans – ALL Americans. Even the perception that our commitment to serving the men and women of this nation is applied unevenly is destructive,” Rear Admiral Collin Green, who heads the Naval Special Warfare Command, said in an email to his forces on Monday evening.

He added: “We will revisit our relationship with the Museum when I am convinced that they have made the necessary changes to ensure this type of behavior does not happen again.”

In the letter, Green said, “While the museum is an independent non-profit organization and the participants were contracted employees from outside the DoD, in many ways, these facts are irrelevant. We have been inextricably linked to this organization that represents our history.”

“We may not have contributed to the misperception in this case, but we suffer from it and will not allow it to continue,” he said.

The Navy SEAL Museum has yet to comment on the matter.