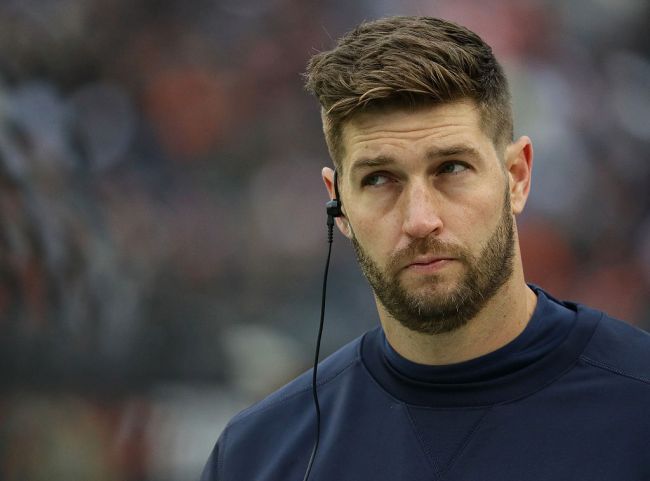 The former NFL star recently returned to Twitter after he was flagged on Instagram for sharing anti-vaccine news stories that the social media platform viewed as “fake news.”

“Going to get back on Twitter,” the account tweeted. “It’s been a long time. Pretty sure Instagram is about to kick me off so I need a backup plan. Let’s do this.”

In referencing Instagram, Cutler is alluding to the fact-checking on the platform that has led to some of his posts and stories being flagged as false information. Cutler has been outspoken about issues related to COVID-19 and is adamantly against regulations related to the virus, including masks and the vaccine.

Going to get back on Twitter. It’s been a long time. Pretty sure Instagram is about to kick me off so I need a backup plan. Let’s do this

On Friday Cutler revealed that he lost a sponsorship deal with Uber Eats over his vaccine posts.

Lost a commercial with Uber eats partnering with the NFL. Was going to film in LA, "views aren't aligned." Guess they don't like future School board members. Frees up my weekend.

Uber released a statement confirming they had dropped Cutler over his Anti-Vaxx stance.

“We are proud of all the work Uber has done over the last year to help get as many people vaccinated as possible. As such, we prefer to partner with those who support that work” –