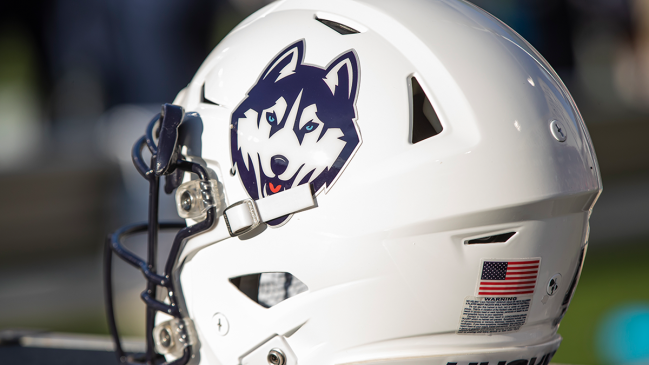 Most college football teams do everything in their power to drum up excitement in the program, and the internet and social media have provided schools with plenty of opportunities to showcase their creative side and generate some hype in the process.

In recent years, football teams around the country have repeatedly upped the stakes with the many inventive uniform reveals we’ve been treated to courtesy of the various squads that have used them to debut the alternate jerseys and helmets they’ve turned to spice things up a bit.

Those announcements are usually the end result of the athletic department devoting a fair amount of time and effort to putting together a slick video with eye-catching production value, like the one TCU threw together to show off the “Spit Blood” threads they donned against Oklahoma State.

Say what you will about Notre Dame, but even the biggest Golden Domer hater has to admit they absolutely nailed the homage to The Hangover that dropped ahead of their Shamrock Series game against BYU in Las Vegas.

Some guys CAN handle Vegas

Those are just a couple of examples that show how high the bar has been set when it comes to jersey reveals—and now, one program has stepped up to try to set it as low as you can possibly imagine.

UConn has firmly cemented itself as a Basketball School over the past few decades, and anyone unfortunate enough to be emotionally invested in the Huskies football program hasn’t really had a ton to cheer for since the only Randy Edsall Era worth remembering came to an end in 2010.

However, the Huskies have managed to right the ship a bit after tapping Jim Mora to take the helm in Storrs, and the team that’s currently sitting at 5-5 has the chance to punch a ticket to a bowl for the first time since 2015 if it manages to record a major upset when they host No. 19 Liberty in Connecticut on Saturday.

While the contest is the perfect excuse to whip up an over-the-top hype video, UConn opted to subvert expectations by posting a picture exuding some incredible “Graphic Design Is My Passion” Energy (complete with some Comic Sans) on Twitter ahead of the game.

Our graphic designer was out sick today so here’s our uniform reveal 🤷‍♂️#HuskyRevolution pic.twitter.com/gzWval6l3i

There’s a chance this is simply setting up a slightly more elaborate reveal, but I’d argue there’s really nowhere to go but down from here.