Why You Should Order UFC 246 Before A Huge Sports Weekend 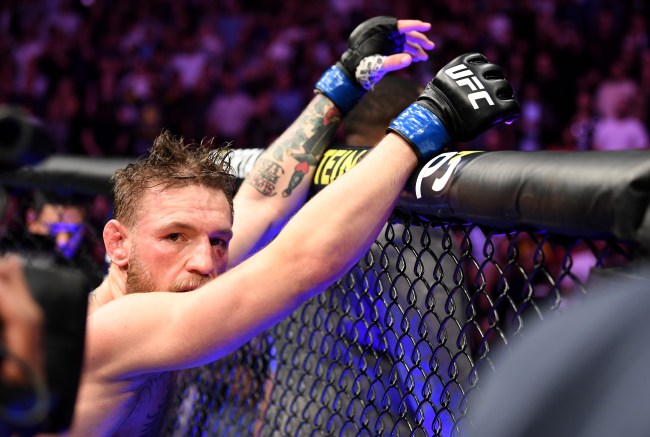 It might be the best time of the year to be a sports fan. Sure, there are other great months that feature more content to plug into, but January brings the NFL playoffs, college football’s national championship, regular season NBA and NHL, and, for those who love the hard-hitting action of MMA, UFC 246 — which offers up one of the juiciest, hardcore fight cards ever.

Even the most casual fan knows the name Conor McGregor, UFC’s bad boy who hasn’t stepped into the Octagon since losing his chance at regaining the UFC Lightweight Championship to Khabib Nurmagomedov at UFC 229 in October 2018. McGregor’s back for UFC 246, taking on a worthy opponent in Donald Cerrone in a Welterweight bout for the main event — but that’s not the only reason to tune in to UFC 246 next Saturday, January 18th: which is only available exclusively on ESPN+.

In addition to the Conor McGregor-Donald Cerrone Welterweight, ESPN+’s UFC 246 also has Holly Holm and Raquel Pennington in a Women’s Bantamweight bout, Aleksei Oleinik and Maurice Greene in a Heavyweight bout, and Anthony Pettis and Diego Ferriera in a Lightweight bout, among others. What’s that mean for all those sports fans out there? That, between watching the NFL’s conference championships next weekend — along with all the other contests available — UFC 246 is there to look forward to.

But remember, UFC 246 is only available exclusively on ESPN+, so don’t forget to snag your subscription before Conor McGregor makes his highly-anticipated return to the Octagon. With an annual plan to ESPN+ just $79.98 — which is over 25% off — now’s the time to snag the sports streaming service for yourself.

For all those mega UFC fans, remember that ESPN+ is the exclusive home for all the action inside the Octagon. So, in addition to watching UFC 246, don’t forget about all the other dope content you’re able to score yourself from the streaming service. Here’s a quick glimpse at the programming on ESPN+ that you’ll get to watch all the hard-hitting action.

There’s only one place to watch UFC 246, and that’s ESPN+. So, while you recover from all the holiday debauchery by doing dry January and lounge around on the couch to watch sports all next weekend anyway, make sure you scratch your sports itch by snagging yourself a subscription to ESPN+ immediately! This is one event you won’t want to miss.