UFC 268 Stream – How To Watch Usman Vs. Covington 2 Online 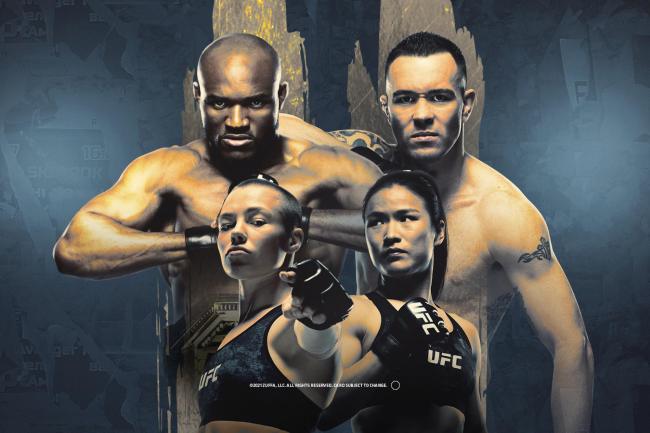 UFC 268 is finally here, live from the greatest arena in the world – Madison Square Garden.

The top of the card features a rematch between Usman vs Covington 2. Two amazing fighters and an intense, rhetoric-fueled rivalry. UFC 268 also features some of the biggest names in the UFC, including  Namajunas, Zhang, Gaethje and Chandler on the card.

Kamaru Usman and Colby Covington first met in the UFC octagon in December 2019 at UFC 245. It was the beginning of an intense rivalry. If you missed it, the first fight between Usman and Covington true war, going back-and-forth for nearly the entire 25 minutes. With scorecards split until round five, Usman unloaded on his opponent.

It was an explosive, upset victory – planting the seeds for a war-of-words between the two over the past 693 days.

The bad blood between the two is even more reason to watch the UFC 268 stream. Don’t miss all our UFC coverage leading up to this monster fight, cataloged here.

If you’re not heading to a bar or watching with friends, allow us to point you in the right direction for the only place to watch UFC 268 online:

Below, our guide for how to watch the UFC 268 stream online via ESPN+, on all your favorite devices.

How to watch the UFC 268 stream via ESPN+

Step 1: As you probably know by now, the UFC has a deal with ESPN so fight fans can watch UFC PPVs via ESPN+.

It’s easy to sign up for an ESPN+ account so you can watch the UFC 268 stream. After you buy the fight on your phone or computer via ESPN+, you can stream UFC 2686 on your smart TV in a number of different ways.

The landing page to stream UFC 268 via ESPN+ looks like this on your mobile device: 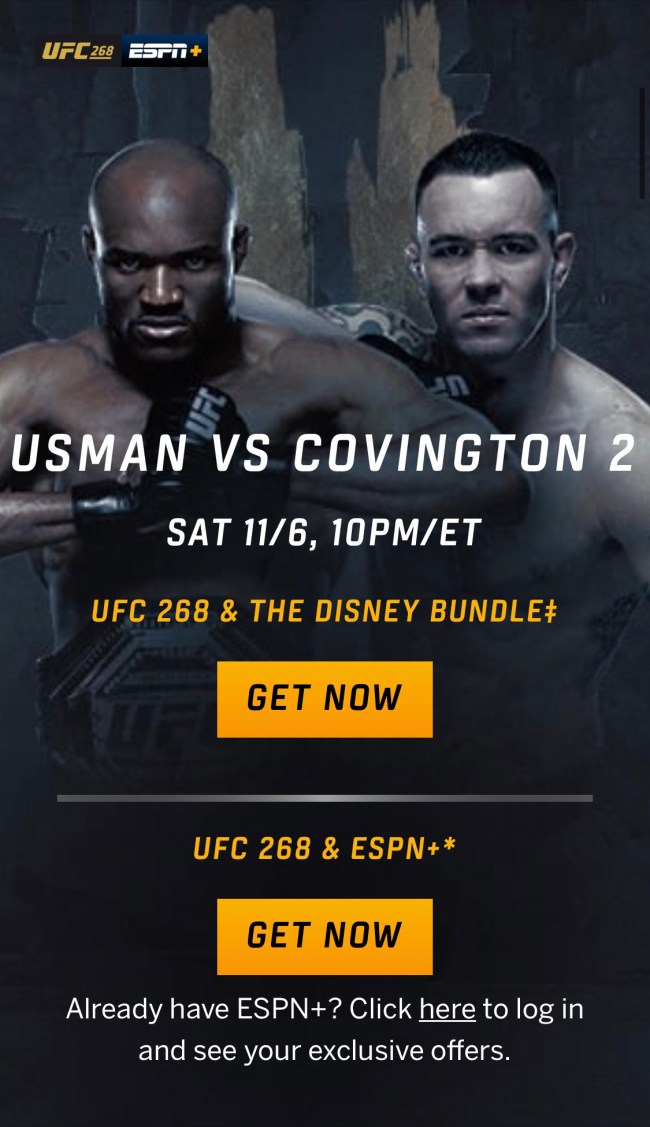 You can watch the UFC 268 prelims live on ESPN+.

You’ll be able to login and buy the fight so you can watch Volkanovski vs Ortega in the main event.

How to watch the UFC 268 stream at home:

Now that you have ESPN Plus and you bought the UFC 268, it’s time to tune-in and watch the stream. Here’s how you watch UFC 268 on a number of devices, including the following: