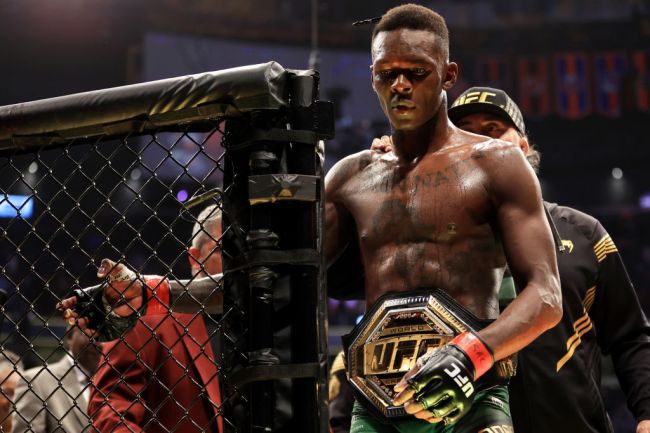 The UFC is in somewhat of a tough spot with their Middleweight division right now. They have a dominant champion who has rarely been challenged in his career and who has taken out most of the division’s top contenders already. He has also had a few title fights that weren’t the most exciting.

However, the perfect answer to those issues presented itself to the organization over the past year. Alex Pereira has torn through his first 3 opponents in the UFC and provides the added element of Israel Adesanya looking for revenge in a matchup against him.

Today, the UFC revealed that Adesanya and Pereira would meet at UFC 281 in November.

Adesanya and Pereira have quite a bit of history in the fight game. They met up twice during their kickboxing careers. Pereira took the first fight by unanimous decision. The 2017 rematch was Adesanya’s last kickboxing match. That fight saw Pereira become the only person to ever finish Adesanya in a fight, knocking him out in the 3rd round.

Since then, both men have gone on to have very successful MMA careers. Israel Adesanya has won 14 of 15 fights since his loss to Pereira, only losing when he moved up a weight class to fight Jan Blachowicz for the Light Heavyweight title. Meanwhile, he has defended the UFC Middleweight belt 5 consecutive times.

Pereira has won 4 MMA fights in a row since his knockout of Adesanya with 4 of those coming in the UFC. He quickly rose up the UFC rankings and it took him just 2:36 to knock out Sean Strickland in his last fight, who was ranked in the top-10. It seems that performance was enough to earn him a shot at the Middleweight belt.

Now, Adesanya gets a chance at revenge in November in one of the highest-level striking battles the UFC has ever put together.