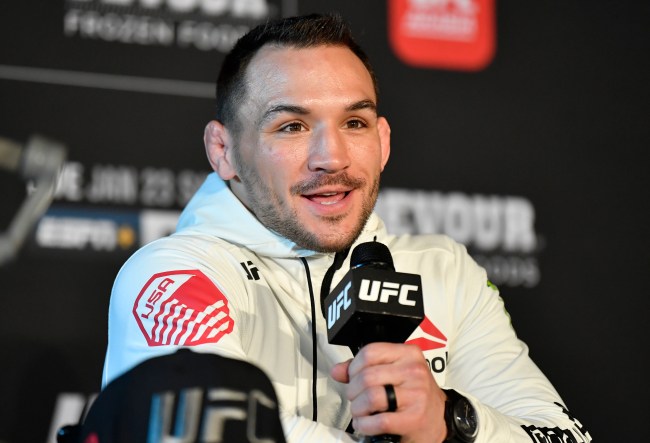 People on the Internet are currently angry at the UFC for running a Black History Month special starring lightweight contender Michael Chandler.

Throughout the month, the UFC promised to air several features to promote black athletes to celebrate “their significance in promoting and growing” the sport.

Throughout February, UFC will highlight the personal stories of African American and Black UFC athletes, past and present, while celebrating their significance in promoting and growing UFC and the sport of mixed martial arts.

During Saturday’s UFC Vegas 19. the promotion decided to run a feature starring Chandler, a white man who adopted a black child to celebrate Black History Month.

The UFC received a ton of backlash on social media considering there are a ton of black fighters within the organization who could have been featured instead of Chandler.

UFC interviewing chandler for black history month when they have plenty of black fighters? pic.twitter.com/cO6LXILZnf

Completely agree. No disrespect to Michael Chandler. He is a class act. But using #BlackHistoryMonth to promote a white UFC fighter is so tone-deaf. There are so many active Black UFC fighters that could have used that platform tonight https://t.co/0IIQEZcBFW

Every single black UFC fighter when the UFC decided Michael Chandler is the ideal candidate to talk about black history month. pic.twitter.com/wfFRXlmvUq

UFC: We did this piece on Michael Chandler adopting a black child…

Please tell me the @UFC didn't just feature a white guy on their Black History Month segment because he adopted a black child… #UFCVegas19 pic.twitter.com/glb7RHYHa2