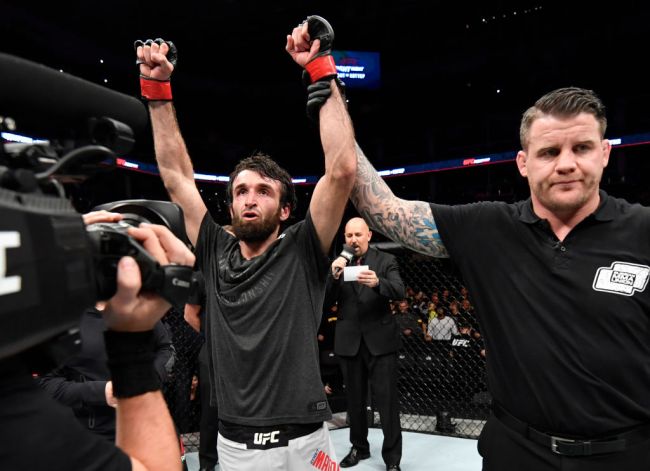 Back when Zabit Magomedsharipov joined the UFC in 2017, he quickly became a prospect to watch for MMA fans. In his first 2 fights, he earned himself a pair of Performance of The Night bonuses with submission finishes.

Then Zabit followed those wins with a Fight of the Night war against Kyle Bochniak and found himself being mentioned as a future contender. From there, his career only became more impressive with him securing a submission win with a Suloev Stretch, just the 3rd in UFC history.

Decision wins over long-time UFC veteran Jeremy Stephens and fellow up-and-comer Calvin Kattar in 2019 finally put him firmly into title contention. He climbed as high as #3 in the UFC Featherweight rankings after the win over Kattar, but fans unfortunately haven’t seen him compete since.

Today, after nearly 3 years away from the Octagon, Zabit officially notified the UFC that he would be retiring from MMA.

Zabit Magomedsharipov (18-1) has notified the UFC of his decision to retire from active competition, multiple sources told me. Story coming to @MMAFighting.

This is a disappointing development for UFC fans who had waited years to see Zabit in matchups against fellow contenders like Yair Rodriguez, Chan Sung Jung, and Max Holloway or even against the division’s champion, Alexander Volkanovski.

The UFC had tried on multiple occasions in the past to make a fight between Zabit and Rodriguez, but the fight fell through each time, with the UFC even cutting Rodriguez at one point for turning down the fight.

Now UFC fans are just left to wonder what could have been for Zabit after he moves on from his MMA career without having ever lost a fight in the organization and with his only loss of his career coming 14 fights ago in 2013.