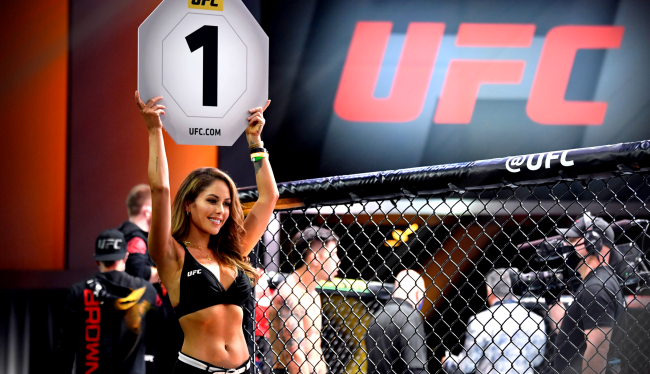 Khabib Nurmagomedov, the longest-reigning UFC Lightweight Champion ever, retired from fighting after his October 2020 bout against Justin Gaethje with a record of 29 wins and no losses.

And he won’t be continuing the long-standing tradition of having ring girls at any of the fights he is promoting, including the one coming up on September 17.

“Look, I don’t want to offend anyone. Ring girls are the most useless people in martial arts,” Khabib Nurmagomedov said at a press conference in Moscow this week. “What is their function? I have a question. You can show that it is the second round on the screen.

He continued, “I think they are the most useless people in martial arts. What function? How? Do they develop a sport? Or they help people to see that it is the second round now? What are they doing? Tell me, please.

“I realize that is a history. History knows many mistakes. We read history to avoid mistakes of the past in the future. If we look in the history, it says they are useless. That is my personal opinion. Dana White maybe likes it. Maybe you do, too. But my name is not Dana. My name is Khabib.”

Khabib continued to explain another reason why he doesn’t like ring girls.

“These (women) are passing by and showing people that it is the second round. But no one looks at the (round card). I feel uncomfortable with my father,” said Nurmagomedov.

“I am not against it. But if you want to do it, don’t impose it to me, do it aside. There are designated places for it.

“I think we must not mix all of it. This is my private opinion. We develop sport there, first of all. There should be some show elements, for sure. People want to come and watch, it is interesting for them. I think to mix it is incorrect.”

Much like with Formula One, which stopped having grid girls at races back in 2018, Khabib, who also allegedly refuses to train with female fighters, believes ring girls’ time has passed.

“There are people that come to look at these (women), so you shouldn’t do it on 17th of September. You shouldn’t go there,” he added.

“If you want to see the fights of the best world athletes, you have such a place on September 17th. It is CSKA Arena. The same way, there are places in Moscow where you can come, pay money and watch everything. Am I right?”