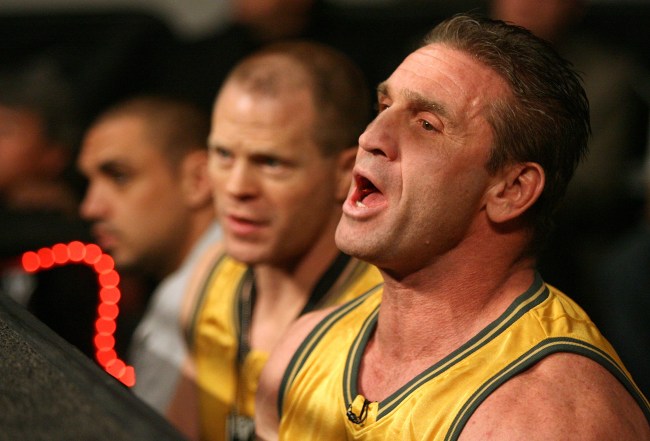 Mike Tyson has declared that he’s back and already has opponents lining up looking to cash in.

He dropped this video a week ago and said

Not only does Tyson have an offer from Evander Holyfield, but it seems like UFC legend turned wrestler Ken Shamrock wants a piece of Iron Mike as well.

During an interview on Fightnet, the 56-year-old Shamrock said that he’s down to fight

“I’m always hungry to fight,” . “That’s in my DNA. I love doing it, I’ve always loved doing it. At the same time I’ve also got to be smart too, and understand that it has to be something that makes sense if I’m going to get in the ring. I’m not going to fight some 27-year-old in his prime. It would be ridiculous for me to do that.

Tyson is absolutely ripped right now and would definitely kill Shamrock if the two fought today.

The 'Baddest Man on the Planet' Mike Tyson says "there's a possibility I might come back, but if I do I'm going to fight with the spirit of Mao."#MikeTyson #boxing pic.twitter.com/bGo6qpfMb3