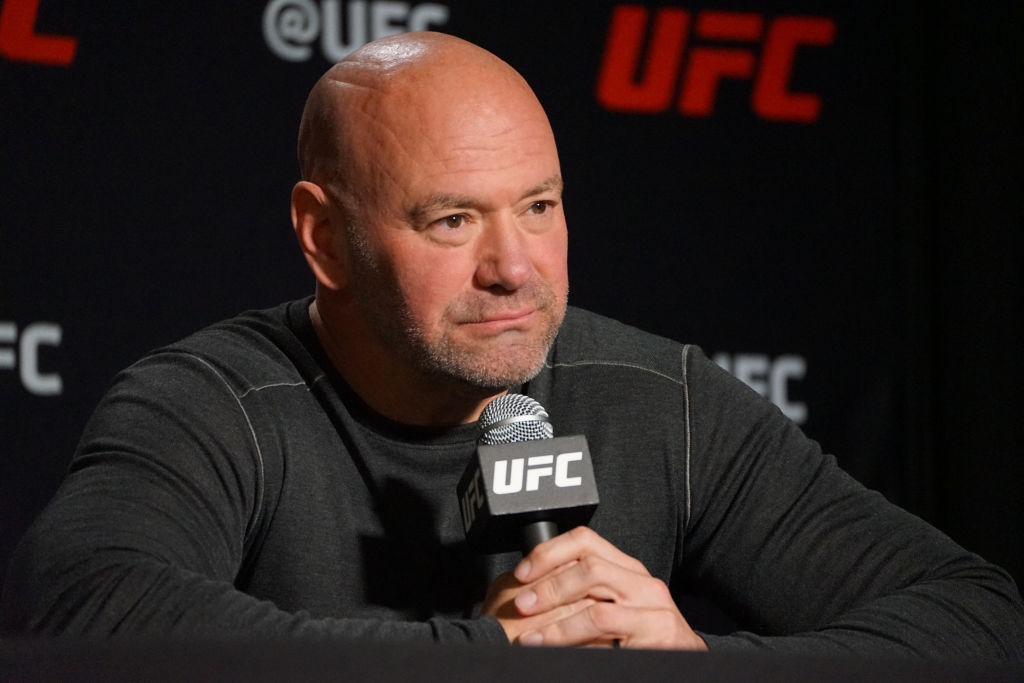 53-year-old UFC President Dana White looks in shape after making some big changes in his life.

During a recent episode of the ‘Action Junkeez Podcast‘, White revealed that he had met with “human biologist & mortality expert,” Gary Brecka, who he credits with helping him get healthy.

According to White, he’s lost 30 pounts and has never felt healthier thanks to Brecka’s 10 week 10x health system plan.

UFC President @DanaWhite was told by doctors he had 10.4 years left to live. With the advice of Gary Brecka, he changed his life in just 10 weeks.

“So he says, ‘If you do what I tell you to do for the next ten weeks, I promise you I’ll change your whole life.’ So I’m one of these people that, if I set my mind to do something, I absolutely do it. So I did everything he said, to the letter. I lost 30 pounds. My legs were so f—ed up 13 weeks ago, I couldn’t tie my shoes. I Couldn’t bend over to tie my shoes, because my legs were f–ked up. I could barely walk some days.

“Sleep apnea, snoring; I had these doctors that I went to for 10 years, asking them, ‘What’s wrong with my legs?’ They couldn’t f–king tell me, “I told them I was having problems with sleep apnea and snoring. They sent me to one of those sleep studies where you go sleep for four f—ing hours. And then they give you a —ing C-Pap machine that a 400 lb f—ing guy uses. I sleep with it for 20 minutes and rip it off my face and throw it on the floor. No more sleep apnea, I don’t snore anymore. Everything is gone in 10 f— weeks. I’ve been working with doctors for 10 years that couldn’t do it.

At one point, White said that his snoring was so bad that he was throwing up every night as a result. It got to the point that he was starting to lose his voice due to the damage to his esophagus. But now?

White shared a shirtless pic of himself on social media on Sunday and he’s looking pretty ripped.

Fans reacted to the pic of shredded Dana.

I think he’s be the favorite in a matchup against Tito Ortiz https://t.co/MZfLD0KtSm