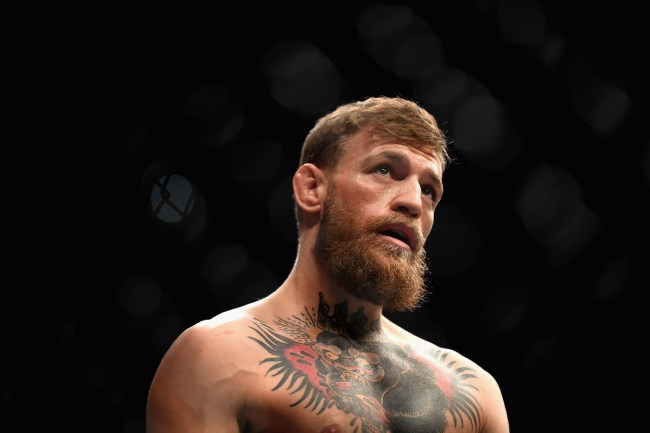 UFC superstar Conor McGregor has been arrested in Corsica on for indecent exposure and suspicion of sexual assault that occurred on September 10th according to several reports.

Irish mixed martial arts star Conor McGregor has been taken into police custody in Corsica on suspicion of attempted sexual assault and indecent exposure, the prosecutor’s office said on Saturday.

“Following a complaint filed on September 10 denouncing acts that could be described as attempted sexual assault and sexual exhibition, Mr Conor Anthony Mac Gregor (sic) was the subject of a hearing by the gendarmerie services,” wrote the prosecutor’s office in a statement sent to AFP.

The statement gave no details of the alleged offences committed by the 32-year-old McGregor.

A rep for McGregor tells TMZ Sports … “Conor Mcgregor vigorously denies any accusations of misconduct.”
“He has been interviewed and released.”

The former UFC champion, McGregor, had recently revealed on Friday that USADA showed up to his yacht while he was on vacation aboard a yacht in the Mediterranean Sea to drug test him despite the fact that he’s retired.

What’s going on here @ufc? USADA have just arrived to my yacht this morning for testing?
I’ve retired guys!
But go on then, I’ll allow them test me. It’s all natural here baby!
Forever and always, God Bless 🙏
180km across the Mediterranean Sea tomorrow! LET’S GO!! pic.twitter.com/xjk0wvci0n