UFC’s Tai Tuivasa Brings Up Greg Hardy’s Domestic Violence Allegations While Mocking Him In Instagram Post ‘I’m A Man, I Hit Back’ 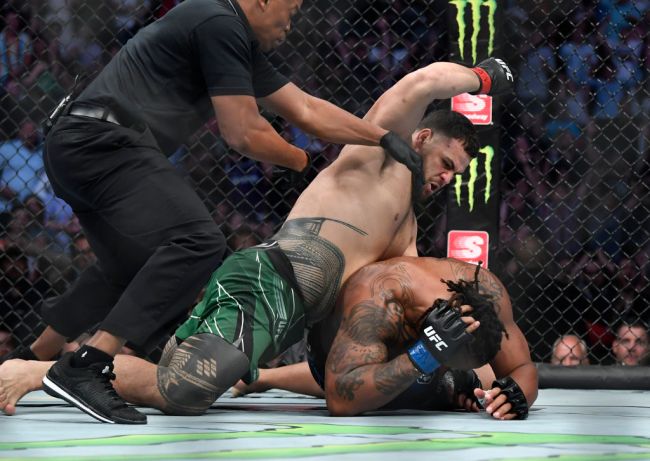 Back at UFC 264, Tuivasa KOed Hardy in the first round of their fight.

Apparently Hardy said he had Tuivasa doing the “chicken dance” in the cage before losing the fight which set off the Australian MMA fighter. In an Instagram post, an irate Tuivasa blasted Hardy for talking trash after losing and even referenced Hardy’s domestic violence allegations with the line “I’m a man and I hit back.”

@greghardyjr chicken dance bruuuh hahaha imma leave this here and let you fink about some fings ok ! Or I’ll come there and smack your other eye you eyeguy talk to much end up on your back I’m a man I hit back uce #bambam #FTA #westernsydney #totheworld #ESSSHHHAAAAYYYY #talkshitgethit

Tuivasa continued to mock Hardy and challenged him to a fight “whenever,wherever” for continuing to talk trash to him after getting knocked out in the Octagon.