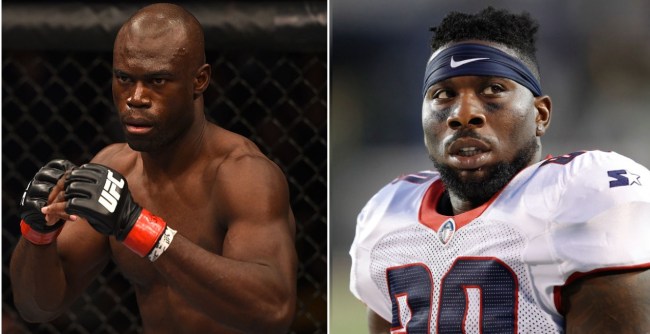 UFC fighter Uriah Hall has a bone to pick with former NFL running back Zac Stacy.

On Wednesday night, a video showing Stacy violently beating his girlfriend in front of their five-month-old son was released onto the Internet.

Former NFL player Zac Stacy brutalized his GF, punching her & throwing her into a TV during a physical altercation over the weekend as there 5 month old child sat feet away. Warning, video is difficult to watch. https://t.co/E0ytAcdPg1

Stacy has already been fired from his football ambassador role in the Music City Bowl and is currently on the run while the police are urging him to turn himself in.

Cops are urging Ex-NFL RB Zac Stacy to turn himself in for his horrific act of violence against his Ex-girlfriend in front of their 5-month-old son https://t.co/BVFxkXeDey pic.twitter.com/ybxLVbPjsa

Hall saw the domestic violence video and has his own idea on how Stacy should be put to justice.

Looking for a wife beater Zac Stacy anyone seen him? Looking to give an ass whooping on site !!!

Stacy better hope Hall doesn’t find him because it wouldn’t be pretty.