Your Ultimate DFS Guide To The Traveler’s Championship (Virus Permitting) 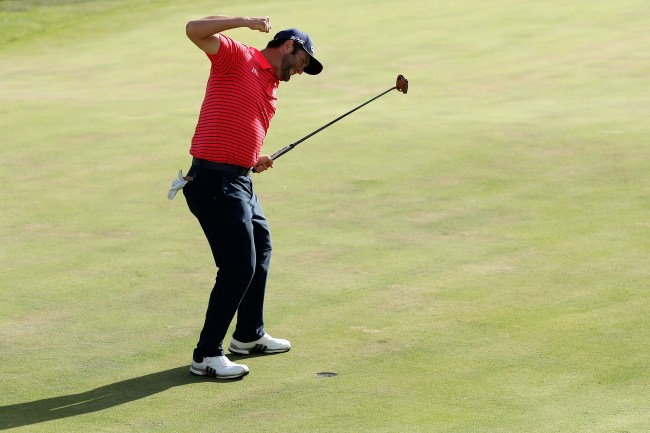 Welcome to part 2 of our Traveler’s Championship preview, where today we take a look at players I have the most interest in using in their tournaments. In these articles, I am going to pick two players that I am the most interested in using, from three different tiers. $9,000 and up, $7500-$8900, and under $7500.

We are starting to get a sample size of who is playing well at the moment, so we can start gradually looking at recent form as an indicator of who to pick, not just long term stats.

If we look at the last few years of this tournament, a couple of statistics jump out at me as far as telling trends for who can go up the leaderboard. In year’s past, the players who finish at the top of the leaderboard all crush on strokes gained tee to green, as well as score really well on par 4’s. Bogey avoidance seems to be key here as well, and finding the fairway on drives. This isn’t a particularly long course, so we don’t need to just target bombers here.

Rahm is the top ranked player in my model this week, and has very quietly been playing some good golf. He hasn’t been able to put together 4 big rounds, but he’s been consistently good, and seems to be teetering on the edge of going extremely low. I like this week for Rahm to put it together and be in contention on the weekend.

Schauffele has also began the restart in very good form. After a near miss of winning the tournament two weeks ago, Xander made the cut again last week. After blowing up on Saturday and ending his tournament, he went low Sunday to get back to a respectable score. I expect him to put together another strong showing this week.

Hovland always shows well in the models, and this week is no different. He’s ranked 9th overall, and his price is very cheap. The only statistic he struggles with is putting on poa greens, but we can chalk a lot of that up to variance. His ball striking remains simply elite.

Woodland remains a very safe pick for DFS, as he has the ability to grind out cuts made week after week. The great thing about Woodland, is he has upside to win just about any tournament he’s in. Coming in at 12th in my model, there’s not reason to not expect him to continue his strong showings.

Conners was in contention all week last week, just crushing the field in ball striking and tee to green game. The worry with Conners is the guy simply cannot putt. If he can ever put that together, your looking at him cashing a long shot bet and winning a tournament some time soon.

If you are looking for a cheap flier this week, Tringale fits the bill. He ranks 18th in my model, and he is just so cheap. He makes it very easy to pair himself with one of the studs at the top, and you still have room for some solid players to fill out your roster. This is his first tournament since the PGA returned, so we don’t really know what to expect, but he’s worth a sprinkle in some of your lineups.