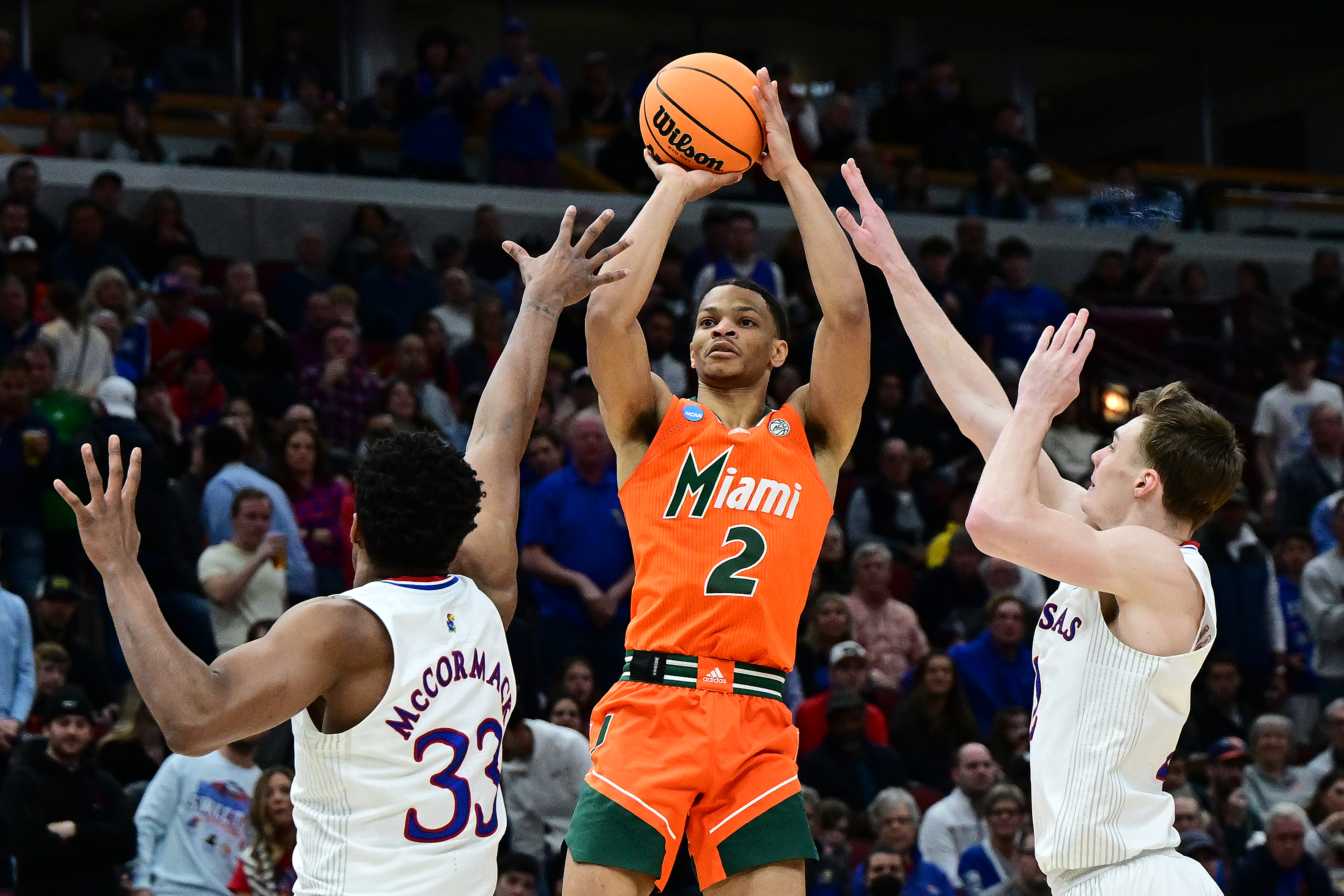 “If Isaiah and his family don’t feel that the NIL number meets their expectations they will be entering the transfer portal tomorrow, while maintaining his eligibility in the NBA draft and going through the draft process,” Papas said.

Wong, a two-time all-ACC player and the second-leading scorer on a Hurricanes team that reached the NCAA tournament’s Elite Eight, declared for the draft earlier this week.

“Isaiah would like to stay at Miami,” Papas said. “He had a great season leading his team to the Elite Eight. He has seen what incoming Miami Hurricane basketball players are getting in NIL and would like his NIL to reflect that he was a team leader of an Elite Eight team.”

Billionaire Miami booster John Ruiz, who signed Wong to a NIL deal to promote his company LifeWallet, says he will not renegotiate the deal college basketball star’s deal.

"Isaiah is under contract," billionaire John Ruiz told ESPN. "He has been treated by LifeWallet exceptionally well. If that is what he decides, I wish him well, however, I DO NOT renegotiate! Surprises me because there are so many players that would love to play for the U!" https://t.co/CFI1VeVUZj

It’ll be interesting if Florida regulators will look into Wong’s actions.

On the Wong-NIL mess: Under Florida law, "such compensation may not be provided in exchange for athletic performance." His agent telling @flaportsbuzz Wong "would like his NIL to reflect that he was a team leader of an Elite Eight team" seems problematic.https://t.co/kYM1ncqcjA