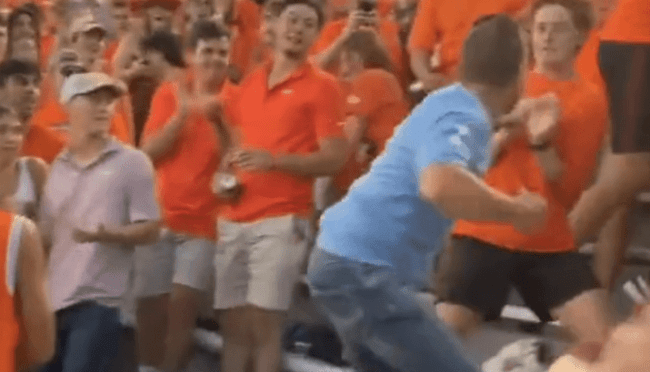 College football kicked off with chaos on Thursday night and North Carolina took major Ls both on and off of the field.

Not only did the No. 10-ranked Tarheels and Heisman Trophy contender quarterback Sam Howell fall to the unranked Virginia Tech Hokies, but this man may have had a worse night than his team. At some point during the night, this UNC fan charged into the opposing student section looking for blood.

He threw a haymaker or two before being swarmed by Va. Tech students and security. It is unclear what led to this moment, or why the man was sitting in or near the student section, but he was ready for war.

According to a number of comments across social media, this man’s rampage may have been warranted. Allegedly, the Hokies coeds were throwing glass shooter bottles, beer cans and water on people (mostly UNC fans) down below. One commenter even suggested that a little girl was hit in the head with a can.

The validity of these allegations are unclear, but it’s not hard to imagine based on the rage in this man’s eyes. He’s dialed. 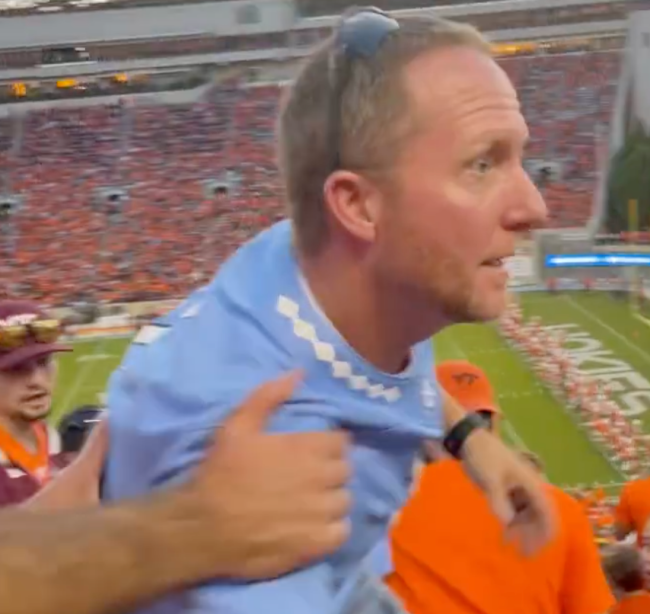 Further details as to what happened to the UNC fan, or those involved from the Virginia Tech side, have not been released. However, it is hard to imagine that the charging challenger was able to remain in the stadium. Maybe it was for the best, so he didn’t have to watch his school’s national championship hopes go out the window in Week 1.