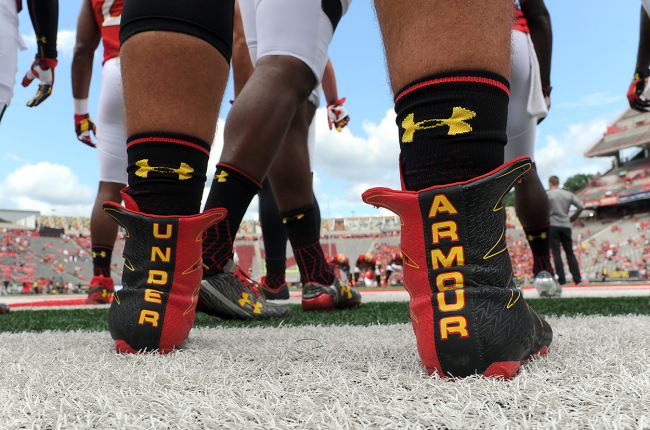 The 2023 Under Armour All-America Game is not for … *checks calendar* …  six months, but the wheels are in motion. As the top players in college football continue to make their decisions on where to play college football, Under Armour has to look way ahead to ensure that the best guys are committed to their game over All-Star events.

To do so, they send out invite weeks and months, if not years, in advance. But once you’re in, you’re in.

In an effort to help move the process along and ensure that the top talent plays in their game, Under Armour hosts the UA Next Future 50 camp. They invite some of the top high schooler in the country to compete in combine-like drills and 7-on-7 games.

Ayden Williams, a four-star wide receiver in the Class of 2023 is one of the prospects in attendance at the Future 50 camp over this past weekend. He shared a glimpse at the bag he got from Under Armour and it’s all fresh.

From inside the duffle bag, which of course is branded with the UA Next logo, Williams pulled out:

And that may not have been all, it looked like Williams was still grabbing stuff from the duffle.

Being a top college football recruit comes with a lot of different perks. The swag, both as a high schooler and as a scholarship player on campus, is no joke!