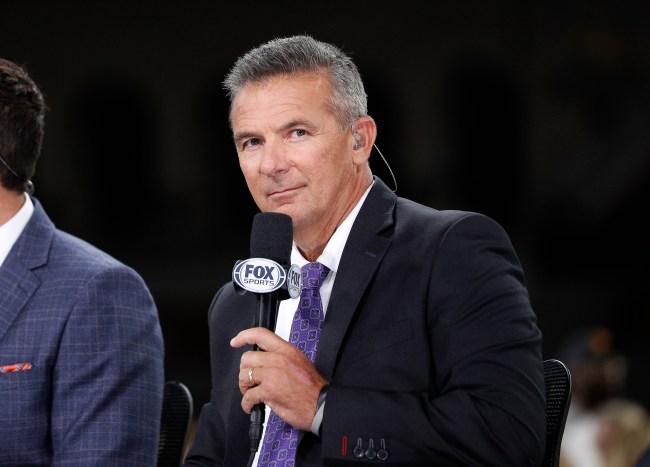 Jason Garrett has yet to be fired but there’s already plenty of talk about who is going to be his replacement.

Just last week Garrett seemed to left get hanging by several of his players which led many to believe that he had already lost the locker room.

This is how much respect the players have for Garrett #dallascowboys #FireGarrett #garrett #jasongarrett pic.twitter.com/UEE1CmSc8Z

Several sources indicated Jones, if he does make a coaching change, is very intrigued by Oklahoma head coach Lincoln Riley. Several league sources said Riley would be willing to seriously consider the right NFL openings in 2020, and, obviously, the Cowboys’ head coaching job is one of the most high-profile and coveted in all of sports.

While talking about the Lincoln Riley to the Cowboys rumors on Colin Cowherd’s show, former Ohio State coach Urban Meyer also threw his hat in the ring when he said he would “absolutely” take the Cowboys coaching job if offered.

After Meyer mentioned that it’s the “one job” that any coach would have to consider, Cowherd asked him if he would be open to taking it if the Cowboys called.

As of now Jones has been adamant that he’s not firing Garrett any time soon but we’ll see what he has to say if the team loses to the Eagles this weekend.

Jerry Jones: “I’m disappointed. I didn’t think this would happen.”

He was not putting the loss solely on the coaches. He said it was problems across the board. When specifically asked about Jason Garrett’s future: “I’m not even coming close to those future type considerations.”