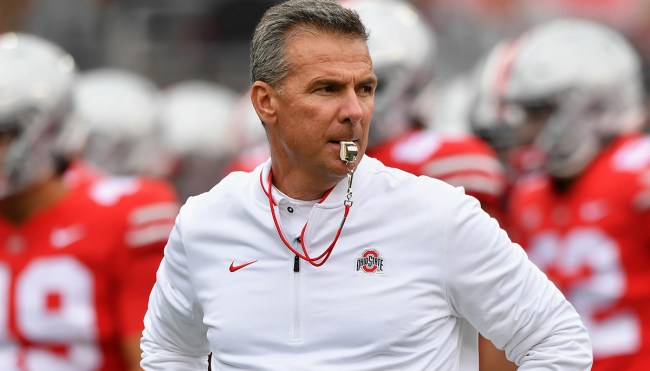 On Saturday, Utah and Ohio State treated us to the most entertaining game New Year’s Day had to offer during their shootout in the Rose Bowl—a contest that former Buckeye Marcus Williamson used as an excuse to spill some tea about his time playing under Urban Meyer.

Meyer was dogged by controversy during his time at the school (which came to an end in the wake of his less-than-stellar handling of a scandal involving assistant coach Zach Smith), but those issues were just one of many that have plagued the coach over the course of his career.

On Saturday, Meyer was once against accused of fostering a toxic culture while at the helm of a football program when Williamson put him on blast for a pattern of questionable behavior, which included accusations that he threatened to ruin the cornerback’s life if he caught him smoking weed and used a picture of Trayvon Martin in a slideshow outlining the “no hoods” rule instituted at the Buckeyes’ facility.

It’s worth noting Williamson didn’t provide any verifiable proof for those claims, but based on Meyer’s history, they didn’t seem too hard to believe. However, the coach flatly denied them in a conversation that author Jeff Snook shared after the news broke.

As Larry Brown Sports notes, multiple players who were on the team at the same time as Williamson came forward to defend Meyer, and barring any major developments, it appears this will remain a case of “He said, he said.”