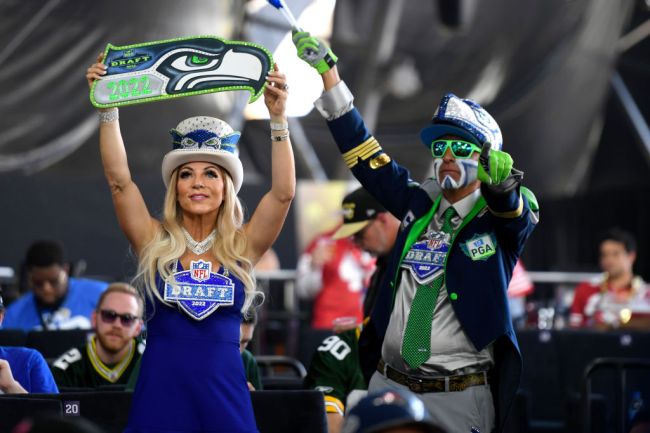 It’s tough out there for Seattle Seahawks fans right now. The team just had their first losing season in a decade. Their franchise quarterback finally got the trade he wanted and went to the Denver Broncos after years of the coaching staff holding him back. The franchise appears headed for a rebuild.

Worst of all, they are currently looking at the possibility of Drew Lock or Teddy Bridgewater as their starting quarterback for the 2022 season.

It all started with the US Open’s Twitter account posting a video of Nick Kyrgios serving under his leg for an ace during today’s match against Stefanos Tsitsipas.

A Seahawks fan replied to the video, saying “Not a sport”.

Maybe this will be the catalyst for the Seahawks to finally go out and get Baker Mayfield, who is really their only chance of competing next season.

If they don’t end up pulling the trigger on a trade for Baker Mayfield, nobody knows what sport could be next to come for Seahawks fans. If Drew Lock ends up as their starting quarterback, Seahawks fans might not even be safe from the ridicule of the PBA or the American Cornhole league.