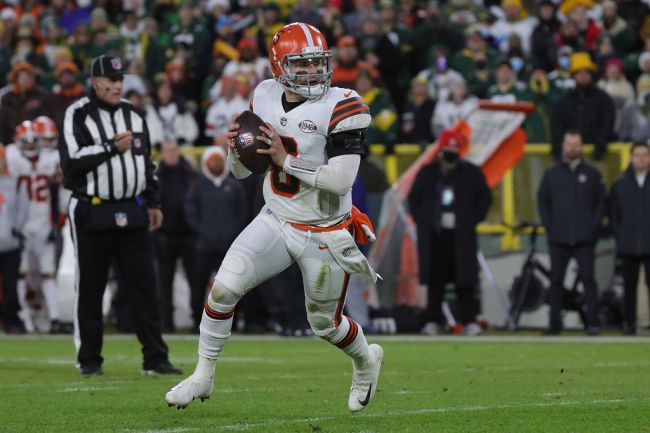 After this year’s NFL Draft passed without Baker Mayfield being traded, it seemed like he may be stuck with the Cleveland Browns.

As of last week, the Carolina Panthers were reportedly still doing their “due diligence” on Baker and disagreed with the Browns on how much of his contract each side should pay.

Then this week, some hope emerged for Baker. It was reported that the Seattle Seahawks, who had previously completely rejected the idea that they might make a move for Baker, still had a “high level” of interest in him.

Now Pro Football Network’s Aaron Wilson is reporting that the interest is mutual according to league sources.

“The interest between the #Seahawks and Mayfield is mutual, according to league sources.”

Read the full #PFNReport from @AaronWilson_NFL with the latest on the Baker Mayfield situation in #Cleveland. https://t.co/XzldOvAnAd

Realistically, Baker should have interest in any team that will give him a chance to be their starting quarterback next season. At this point, he just doesn’t have enough options to be picky.

The Seahawks are also have a lot to offer Baker. Their offensive line should get better after they drafted Charles Cross this year. He’ll have Tyler Locket, DK Metcalf, and Noah Fant to throw to. They have good enough running backs to lean on when needed.

Baker Mayfield winding up in Seattle would be a great resolution to this situation for everybody involved and it’s a move the Seattle Seahawks and Cleveland Browns should really be trying to make happen as soon as possible.