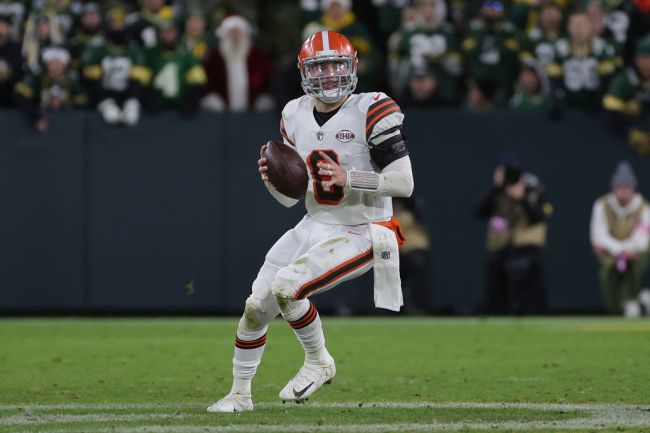 After months of speculation, football fans are still waiting to see what the future holds for Baker Mayfield. While it seemed obvious to fans that at some point the Panthers would make a move for him, especially after waiting until deep in the NFL Draft to take a QB, the move has still not materialized.

Today, Josina Anderson reported on the situation and revealed what might be holding up the deal. According to Anderson, the Panthers are somehow still doing their “due diligence” on Baker.

I’m told the #Panthers are still doing its due diligence in terms of looking into QB Baker Mayfield —the football player and the person, per league source.

The thought process should be pretty simple for the Carolina Panthers here.

Is the price for Baker Mayfield going to be particularly high? No.

Is Baker Mayfield going to destroy any chemistry your locker room has? Probably not.

Is your current starting quarterback the same Sam Darnold who even the Jets realized they didn’t want anymore? Yes.

Then go out and trade for Baker Mayfield.

The Carolina Panthers have to know that at this point their only options to try and compete next season are trades for either Baker or Jimmy Garoppolo and Jimmy G is still injured. Head coach Matt Rhule must also be aware that acquiring a new quarterback is probably the only chance he has at keeping his job beyond 2022.

Yet, the Panthers are somehow still dragging their feet on just making this move happen already. They’ll need to make a decision on this soon as they are quickly running out of time for Baker to be fully prepared to take over their offense at the start of the season.