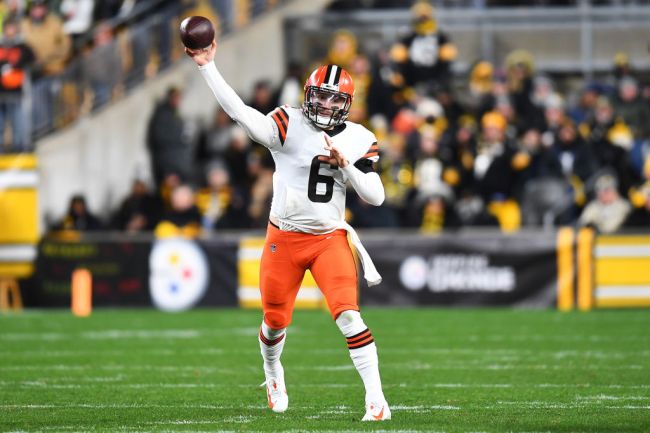 Despite both the Cleveland Browns and Baker Mayfield both clearly being ready to move on from each other, there has been no movement on a trade. In fact, the Browns haven’t seemed close to completing a trade since the NFL Draft despite reported interest from the Carolina Panthers.

While there still doesn’t seem to be a trade imminent, there does at least appear to be another potential suitor for Baker that has crept back onto the radar. According to Josina Anderson, the Seattle Seahawks still have a “high level” of interest in the former number 1 pick.

I’m told the #Seahawks still have a high-level of interest in acquiring QB Baker Mayfield and behind-the-scenes are open to contractually extending him, per league source. I also know that the process of collecting information and insights into Mayfield is still ongoing.

Since the NFL Draft, the Carolina Panthers have been the only team linked with a trade for Baker. However, the Seahawks trading for him would also make plenty of sense.

The Seahawks’ current options at quarterback are Drew Lock and Geno Smith. Baker would be an upgrade over either of these QBs, who both spent most of last season as backups.

The Seahawks are coming off of their worst season since they drafted Russell Wilson and they certainly aren’t going to improve with Smith or Lock at QB. With DK Metcalf, Tyler Lockett, and Noah Fant to throw to and plenty of capable running backs in the backfield, a healthy Baker could potentially lead this roster back to the playoffs.

Maybe with a couple of teams now reportedly interested, the Browns will be able to find Baker a new team to start for before training camp kicks off.