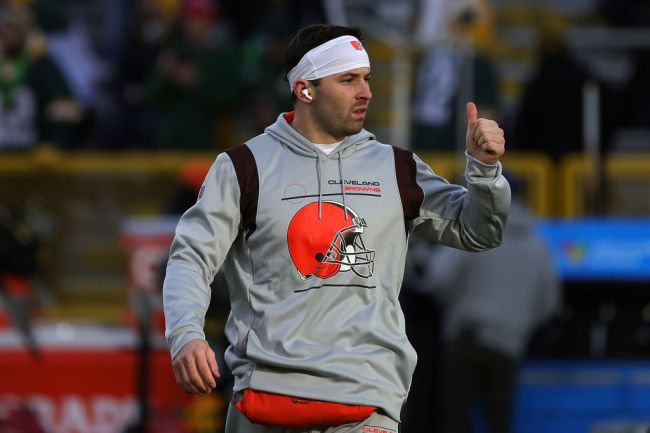 As training camp in the NFL quickly approaches, Baker Mayfield and the Cleveland Browns still don’t know what exactly their futures hold.

The hold up appears to be a disagreement about how much of Baker’s salary the Browns should pay for next season to make a move happen. Yesterday, NFL reporter Albert Breer appeared on The Rich Eisen Show and discussed how much the Browns are actually willing to pay to make a trade happen.

Are the Panthers close to a deal for @bakermayfield despite Matt Rhule’s comments about Sam Darnold?@AlbertBreer on the latest:#NFL #KeepPounding pic.twitter.com/SfgUhFUq3g

“Cleveland’s been willing to take on a fair amount of Baker’s salary, like $9, $10 million. For people out there who think that Cleveland’s holding on to Baker as Deshaun insurance, they wouldn’t be offering to take on a pretty significant portion of the guy’s salary if they were looking to hold him until there’s more clarity in the Deshaun Watson case.”

Unfortunately for the Browns, it seems that is not enough to convince them to make a deal.

“If there was a good deal out for Baker Mayfield for the Panthers, he might already be a Panther. If they were in a position where they only had to pay him $4 or $5 million, then I think there is a decent chance that Baker Mayfield would be in Carolina now and Cleveland would have a draft pick for him.”

The fact that the Browns are willing to take on half of Baker’s contract just makes the Panthers’ hesitance all the more baffling. Baker Mayfield starting at quarterback would give the Panthers a chance to at least compete for a playoff spot. With Sam Darnold, they’re competing for a top 10 draft pick.

That seems like something worth investing the $9 million in and if the Panthers really end up not making a deal over $4 million dollars in salary for a quarterback they’re getting at half price when they have $24 million in available cap space, it’s a decision they’ll regret throughout the season.