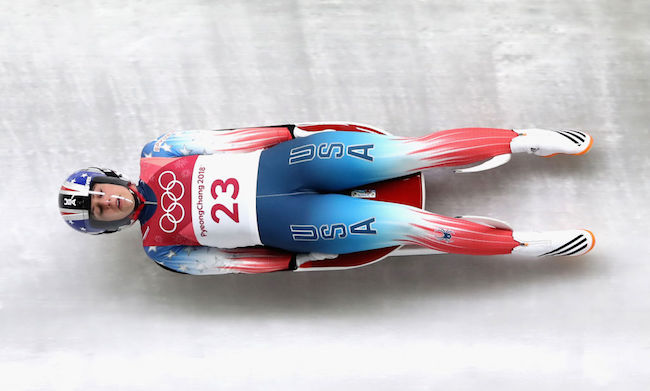 If the coverage of this year’s games has taught me anything, it’s that becoming a Winter Olympian requires hard work, determination, and parents with enough money to do shit like build a giant luge track in their backyard in order to help their child realize their dreams of becoming one of the top athletes in a sport people care about once every four years. This doesn’t apply if you were born in Norway, where every citizen is apparently able to navigate a double black diamond by the time they’re two years old.

Over 2,900 athletes will end up competing before the closing ceremony in Pyeongchang, and many of them wouldn’t have been able to make the trek to South Korea in the first place if it wasn’t for the generosity of other people. This includes members of the United States luge team, who have turned to a slightly untraditional form of funding when it comes to supporting the program: Bitcoin.

According to Fortune, USA Luge first started soliciting people for the cryptocurrency in December in a Medium post comparing the roller coaster Bitcoin has ridden in recent months to unpredictable journey lugers face whenever they start to sprint down the track.  The team ended receiving about two-thirds of a unit of currency, which is worth around $7,000 at the time of this writing  (but who the fuck knows what its value will be when you end up reading this).

It appears the team is bullish on the long-term potential of the currency, and they’re hoping it can end up being a significant source of funding for the next two Winter Olympic Games. They might be taking a bit of a risk, but at least they didn’t take out a mortgage.