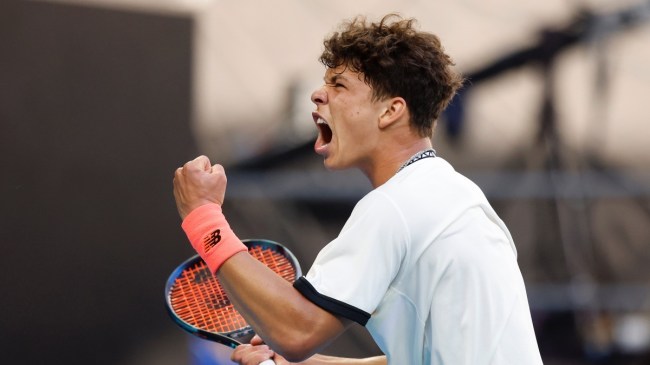 It’s been over a generation since the USA has had a true superstar in men’s tennis. Yes, Serena and Venus carried the torch on the women’s side, but there hasn’t been a real standout men’s player since Pete Sampras and Andre Agassi (sorry Andy Roddick).

The last two generations were dominated by foreign players on the main stage, namely Roger Federer, Rafael Nadal, and Novak Djokovic. In fact, the last American man to win a Grand Slam tournament was Andy Roddick back in 2003 at the US Open.

For a country that for much of the 21st century dominated men’s tennis, that is inexcusable. Players like Donald Young were billed as the next great American players but never broke through. Guys like John Isner and Sam Querrey carved out good careers, but just didn’t have the complete package necessary to win a slam.

However, American men have had a great tournament in Australia so far, and have put three through to the quarterfinals.

One of them is 20-year-old Ben Shelton. Shelton was the NCAA singles champion last year at the University of Florida and decided to turn pro after he played well in a big professional tournament in Cincinnati. Now, after beating fellow American JJ Wolf in the round of 16, he will be the United States’ youngest men’s tennis player to make a grand slam quarterfinal in quite some time.

He'd never been outside of the United States, now he's a Grand Slam quarterfinalist!

And , he joined some pretty elite company in Arthur Ashe as players to win the NCAA championship and make a deep run at a slam soon after.

Shelton will take on fellow American Tommy Paul in the quarterfinals, meaning there will for sure be an American in the last four.