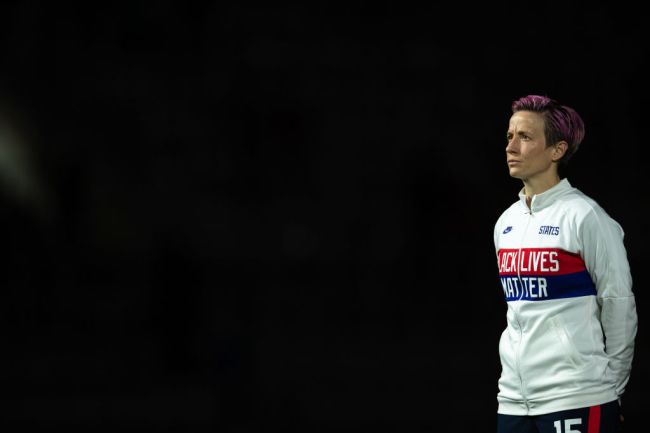 With social justice protests having taken place around the United States at an intense clip over the last year-plus, we’ve seen athletes and leagues around the world implement a progressive strategy to deliver messages about social and political topics. That trend will likely continue into the upcoming Olympic Games as well based on the U.S. Olympic and Paralympic Committee’s (USOPC) latest ruling.

The committee announced on Tuesday that athletes will not be sanctioned if they engage in social justice protests during the playing of the national anthem during the 2021 Olympic trials.

The nine-page document outlines the “racial and social justice demonstrations” that athletes will be allowed to participate in during the anthem, at the starting line, on the podium, and topics they’re allowed to discuss with the media. The two goals of these demonstrations, as outlined in the document are to advance “racial and social justice” and promote the “human dignity of individuals or groups that have historically been underrepresented, minoritize, or marginalized in their respective societal context.”

The following are a few examples of conduct that will be allowed:

In an open letter sent to USA athletes, Sarah Hirshland, CEO of the U.S. Olympic & Paralympic Committee, said that the USOPC supports Team USA athletes’ right to demonstrate peacefully in support of racial and social justice, but that the committee “can’t control actions others may take in response.”

It will be interesting to see this play out from a viewership standpoint. A recent YouGov/Yahoo News poll that involved 1,601 American adults revealed that 34.5%, over one-third of those polled, said they are watching less sports due to social justice and political messaging. The majority, 56.3%, said they watch the same amount of sports while around 11% said they now watch more sports as a result of social justice messaging.