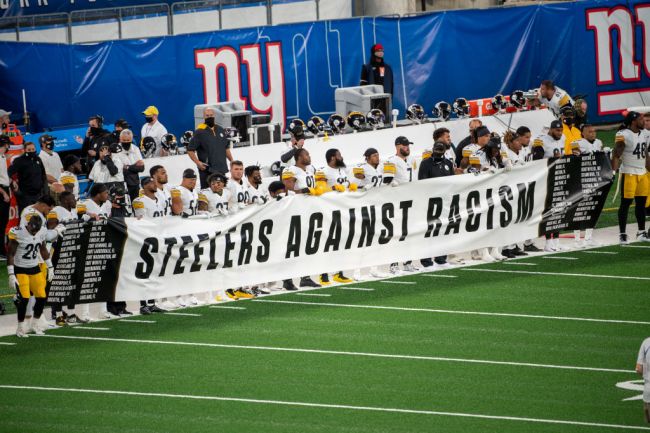 As social justice protests took place all over the United States in an already intense political climate, most athletes and leagues implemented a progressive strategy to deliver messages about social and political topics. With these athletes and leagues pushing political and social opinions, a large number of sports fans started tuning into games far less often.

According to 1,601 U.S. Adults that took part in a new YouGov/Yahoo News poll, 34.5%, over one-third of those polled, said they are watching less due to social justice and political messaging. The majority, 56.3%, said they watch the same amount of sports while around 11% said they now watch more sports as a result of social justice messaging.

It’s no secret that the 2020 Presidential Election caused sports ratings as a whole to drop last year, but based on this poll, it’s abundantly clear that politics and social justice messaging played a role in the decline as well.

News was by far the most-watched genre of TV as it accounted for 20% of all national TV viewing in 2020.