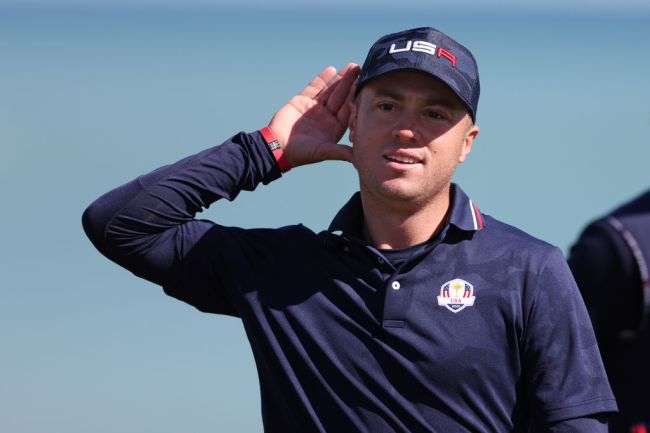 This is a new era for USA golf. That was one of the first sentences out of U.S. captain Steve Stricker’s mouth after the United States clinched its win at Whistling Straits, and it will be the parting message from the 2020 Ryder Cup.

There have been plenty of great U.S. Ryder Cup teams in the past, but this year’s squad felt different. Honestly, this U.S. team felt like the dominant, emotional, and confident European teams we’ve grown accustomed to seeing over the last two decades. U.S. teams of the past lacked that passion, but this year’s team certainly didn’t, and neither will teams of the future.

From the moment the first matches got underway on Friday you could see that this group meant business. They wanted to deliver a beating just like the Europeans did three years prior in Paris.

This group was sick of hearing about how Americans don’t care about the Ryder Cup, that they can’t put differences aside and find enough motivation by simply playing for their country and one other.

The United States 19-9 win not only proves that this group of 12 Americans was ready to prove any doubters wrong, but it’s a message of how they want to see things for Ryder Cups to come.

The New Era Of United States Golf Is Here

Dustin Johnson, who went 5-0-0 on the week, was the only player on the U.S. team over the age of 35-years-old. If you take DJ out of the equation, even though he’ll absolutely play in future Ryder Cups, the average age of this U.S. team is only 28 years old.

The new age of American golf officially arrived with the lopsided win at Whistling Straits and it’s here to stay for years to come. Collin Morikawa, the youngest player on the U.S. side, clinching the win was perfectly fitting.

It goes without saying that the Americans played stellar golf all weekend, and while the golf itself is huge for the future, it’s the mindset that this team carried that may be the most exciting and entertaining aspect of all.

This group of Americans doesn’t want to just win, it wants to beat you as bad as possible, and embarrass you along the way. The killer instinct that’s undoubtedly been lacking as a whole in the past inside the U.S. locker room shouldn’t be an issue for this group moving forward.

They don’t want to win, they want to embarrass you while they win.

The Tiger Generation™️ is here.

The win at Whistling Straits will be remembered as the win that turned the tide for the U.S. before the Americans go on to win the majority of Ryder Cups over the next decade or so.

For the team from the other side of the pond, the Whistling Straits loss will be known as when the sun officially set on the European dependables of Ian Poulter and Lee Westwood.

Let’s all hope we never have to wait three years between Ryder Cups ever again.