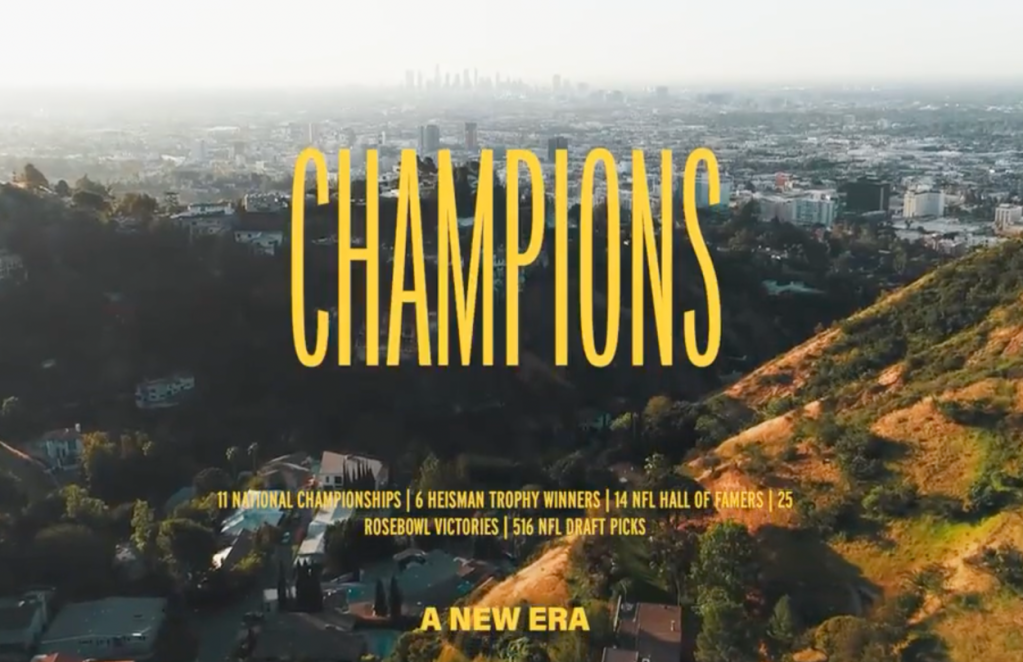 Did y’all hear that the USC Trojans are back? It’s true. They told us so. Lincoln Riley hasn’t even coached his first game at USC yet but already the hype surrounding his Trojans has reached a fever pitch in the offseason ever since Caleb Williams arrived in the City of Angels.

It remains to be seen if the USC Trojans will live up to the hype (they’ve created) next season but College Football is better when they’re good, in my humble opinion. I’m all for seeing the Trojans bring some excitement back to the Coliseum.

If we’re talking about championships how do they leave out the LA Kings? The Kings have won TWO Stanley Cups in the past decade. Not a single one of these NHL teams has ever won a Stanley Cup and LA has two: Arizona Coyotes, Buffalo Sabres, Columbus Blue Jackets, Florida Panthers, Minnesota Wild, Nashville Predators, Ottawa Senators, San Jose Sharks, Vancouver Canucks, Vegas Golden Knights, and Winnipeg Jets.

At the end of the day, comparing two Stanley Cups to the USC Football’s 11 National Championships, the Dodgers’ 7 World Series titles, or the Lakers’ 17 championships isn’t right. But this video calls out the Rams who have won a single Super Bowl in LA while the Kings won 2 titles. It just feels wrong to me.

Did you notice they said SIX Heisman Winners???

It’s also worth pointing out that they listed SIX Heisman winners throughout USC Football’s history. As everyone knows, the true number is seven. They just aren’t counting Reggie Bush which plenty of USC fans on Twitter pointed out:

How good will USC Football be next season?

At this point, it really is unclear how good the Trojans will be in Lincoln Riley’s first season at USC. We know for certain the team will get better with the hype training coming to town but the Trojans are coming off a 4-8 season last year.