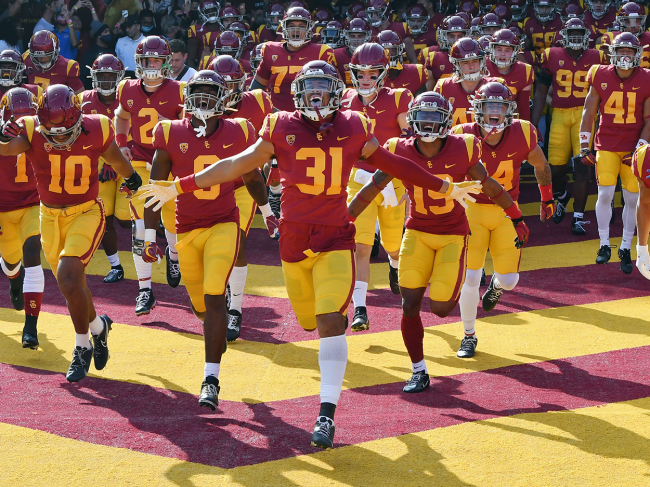 USC football is back. The Trojans have been stuck in a rut of consistent mediocrity and sub-par results over the last five to 10 years but, after hiring Lincoln Riley, there is a new energy around the program.

As Los Angeles’ team, USC is expected to carry itself as the premier program in the country under the bright lights of Hollywood. That was not the case under the previous administration. Former players distanced themselves from the team, the attendance was minimal, and the hype around the Trojans was practically non-existent.

Now that Riley is at the helm, players are back and there is a palpable buzz out of L.A. Especially on the recruiting trail.

After finishing with the 65th-ranked class in 2022, USC currently holds the No. 15-ranked class for 2023 with three five-stars on board. Meanwhile, the Trojans continue to pull top talent from around the country to the City of Angels for visits.

Braxton Myers, a four-star cornerback out of Texas, is among them. He was on campus over the weekend and left with an incredible visit video.

Visual media plays an important role in the current era of recruiting and USC knocked it out of the park.

Programs all across the country are partaking in a media arms race to get the best videographers, editors, photographers and designers in their court. The Trojans are able to tap into a wealth of creatives within their own university and around the city, and have hired some of the top talent around the country to help supplement their staff.

The most recent result is perfect. As USC continues to sell itself as the flashy, high-profile program with the history to back it up, Myers’ visit video is representative of everything great about the Trojans.

It has the old-school element, mixed with the new school and plenty of Cali vibez. Take a look:

If USC can keep pumping out content like this, the Trojans will be the leader in visual media by a large margin.