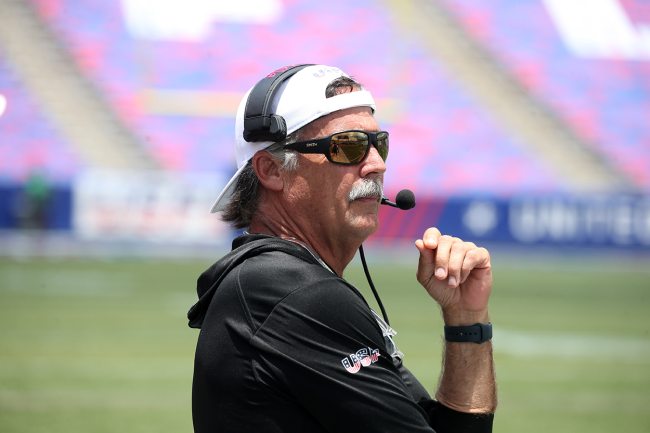 Despite holding the No. 1 overall pick in the 2022 USFL Draft, the Michigan Panthers have been abysmal. Coached by Jeff Fisher, the team has gone 1-8 during the regular season and has one game left to play against the Pittsburgh Maulers, who also happen to be 1-8.

Both teams are the worst in the USFL. The fact that they just so happen to be playing one another in the final week of the inaugural reboot season in pure coincidence.

Despite their records, it comes with extremely high stakes. One team will earn the No. 1 overall pick in the 2023 USFL Draft, the other will pick second.

However, it’s not what you might think. Typically, the team with the worst record gets the first pick. This year, the second-worst team will get the first pick.

The USFL recently made a significant rule change to avoid tanking.

As the two 1-8 teams square off on Sunday, the victor will be awarded the No. 1 overall draft pick, and the first pick in every round. The loser will pick second.

If this was not the case, considering that neither team has anything to play for, they may have decided to lose on purpose. The rule change, which was put into place this week ahead of the Maulers and Panthers game, ensures that both teams will be playing to win the game.

“We’ve got an unusual situation in our final week of the regular season in the USFL. The 1-8 Michigan Panthers are playing the 1-8 Pittsburgh Maulers. Under normal circumstances, the loser of this game would be awarded the first draft pick in the upcoming draft. But we’re going to change the rules right here, so this weekend whoever wins the game actually gets not only the first pick in the 2023 draft but the first pick in every round of the 2023 draft. Making sure there’s no shenanigans going on.”

Now, there is no telling if there will even be a 2023 USFL Draft. The league could fold before it gets to that point. It might survive, it might not.

Either way, making this rule change also serves as something of a marketing ploy to get people to tune-in to a game between the two worst teams in the league. Especially considering that Fisher is involved.