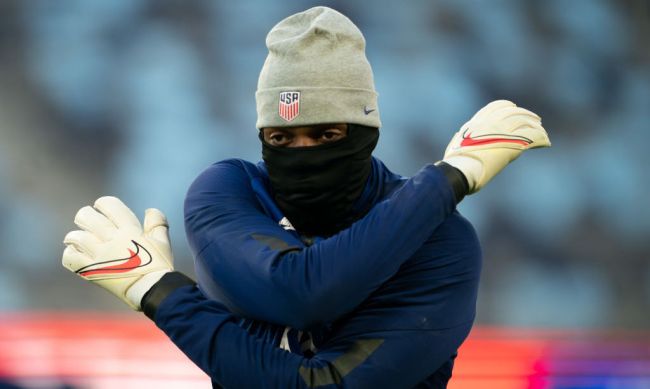 It’s soccer time, folks! The footy, as it’s called across the pond. We don’t write about the sport all that often on this here wonderful website, but when we do, it’s about some shit. That’s the best way I can put it. It’s because they’ve either done some awful or excellent, something stupid or something strange. There really is no in-between. We certainly aren’t writing about the latest roster moves (although #GreggOut and #MarschIn), put it that way.

And as far as I’m concerned, playing in subzero temperatures that “expose the skin to frostbite within eight minutes”, which is exactly what they’ll be doing tonight when they take on Honduras in Saint Paul, Minnesota, tonight at 7:30 p.m. EST.

The conditions tomorrow night in Saint Paul, Minnesota for the USMNT match against Honduras … 🥶🧊

A low of -10. 'Frostbite to exposed skin within 8 minutes' 😳 pic.twitter.com/g7DFafXEyP

Here’s some personal research: at the time of this writing — 11:00 a.m. on the morning of the game — it’s currently 0 — ZERO! — degrees in Saint Paul. With the windchill? -20. I’m honestly not sure I knew it could get that cold in the United States. Who’s the genius who scheduled a soccer game there in the middle of winter? Probably the same Einstein that scheduled the crucial World Cup qualifying match against Canada at the same time as the AFC Championship.

Nevertheless, good luck to the lads tonight. There are only four matches left in CONCACAF World Cup qualifying and the United States are barely second place in the table. Three direct slots and one inter-confederation playoff slot in the final tournament are given to CONCACAF teams and the USMNT is just one point ahead of that fourth playoff spot. Not where ya wanna be.