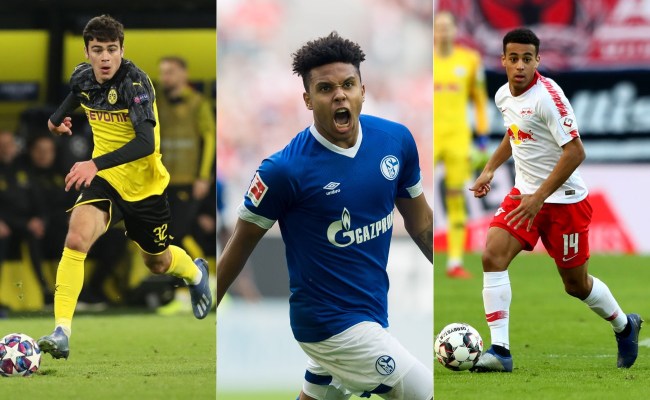 United States Men’s Soccer is scheduled to face Wales and Panama in its upcoming international friendly tour and head coach Gregg Berhalter announced the 24-player roster on Tuesday. For the first time in team history, the entire group will come from international club teams and does not feature a single MLS athlete, with the league’s season still underway and the playoffs yet to be played. Here is the roster as reported on the USMNT website:

While the caliber of player is impressive, it becomes even more so when you take into account the average age of the roster at 21 years, 300 days old. Berhalter has assembled a young, talented squad that will face Wales on Nov. 12 in Swansea and Panama on Nov. 16 in Austria. It will be the first look at a program that enters its second season under the new head coach.

“We are excited about getting this group back together,” Berhalter said. “I am proud of the way the players have handled the challenging times – they really stuck together. We have built a solid foundation, and now we get a chance to continue our work together ahead of what is going to be a critical 12 months for our team.”

Borussia Dortmund midfielder Gio Reyna will be one of 10 players seeking their first cap with the senior National Team, and hopes to join an exclusive list of 11 players who have appeared for the United States before turning 18.

Reyna, Dest, McKennie, Sargent and Pulisic headline the bunch and will play an important role in getting the USMNT back to the world cup after failing to qualify in 2018.