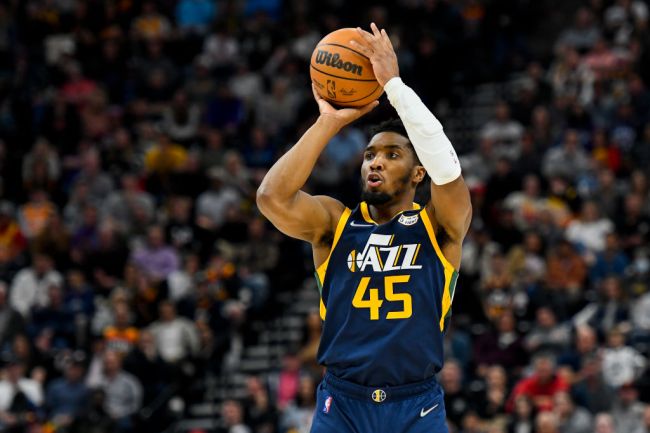 It wasn’t all that long ago that the Utah Jazz trading Donovan Mitchell to the New York Knicks seemed to be a done deal. The Jazz reportedly wanted to top the Rudy Gobert deal in a trade for Mitchell and the Knicks appeared more than willing to give up the draft picks to make it happen.

Somewhere along the way, talks stalled and it has become unclear what the future holds for Mitchell.

However, that may not be the case for much longer as the Jazz are reportedly taking a new approach as they try to trade Mitchell.

According to Hoops Hype’s Michael Scotto, the Jazz have discussed a 3-team deal for Mitchell involving the Knicks and the Los Angeles Lakers.

Sources: The Lakers, Knicks and Jazz discussed a three-team trade with Donovan Mitchell landing in New York, Patrick Beverley and another key Jazz player to the Lakers, Russell Westbrook on the move, and draft picks to Utah. More details on @hoopshype. https://t.co/AejGhQPKVK

While this 3-team trade seems to make sense for the Jazz and Knicks, it’s difficult to see what the benefit of this deal really is for the Lakers.

The Los Angeles Lakers have reportedly been reluctant to trade the 2 first round picks they are currently allowed to trade. That is despite the potential to offload Russell Westbrook in exchange for Kyrie Irving or a package of Buddy Hield and Myles Turner if they were just willing to give up the 2027 pick and the 2029 pick.

If they weren’t willing to pull the trigger in those deals, why would they trade both of those picks for Patrick Beverly and another player? A Hield-Turner return is way better for the Lakers than getting Beverly and Bojan Bogdanovic from the Jazz.

For the other two teams, this deal actually works out great. The Jazz maximize the number of picks they can acquire in a Donovan Mitchell deal while the Knicks likely avoid having to give up the young players they’ve been trying to hold onto.

Maybe this will be how those two teams finally get a deal done for Mitchell.