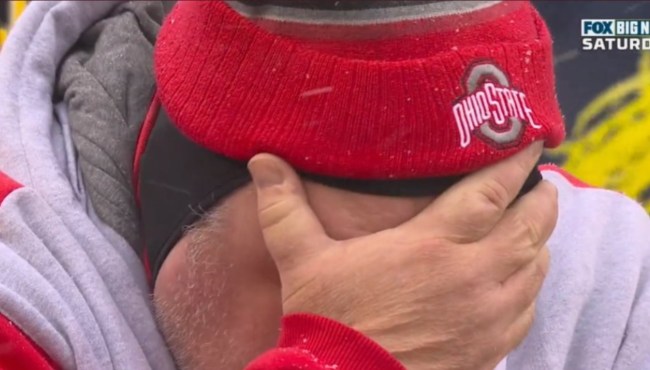 Vegas made a lot of money after Michigan upset Ohio State on Saturday.

Before the game, the majority of the public who bet on the Ohio State-Michigan game put their money on the Buckeyes giving 7 points to their rivals.

Michigan leads by 15 with six minutes to go.

Even bettors in Michigan overwhelmingly bet on Ohio State according to Caesars Sportsbook.

At @CaesarsSports IN MICHIGAN, 95% of the money is on the Buckeyes 😳https://t.co/ViG9IzSWKD

Whatever it is, the money at sportsbooks, whether at Ohio State -7 or -7.5 is heavily on the Buckeyes today against Michigan. At Caesars, it’s even drastic in the state of Michigan, where 87% of spread bets and 95% of dollars are on the scarlet and gray..

One bettor was smart enough to fade the public and placed a big bet on Michigan.

At least Vegas weren’t the only ones to make big money on Saturday.