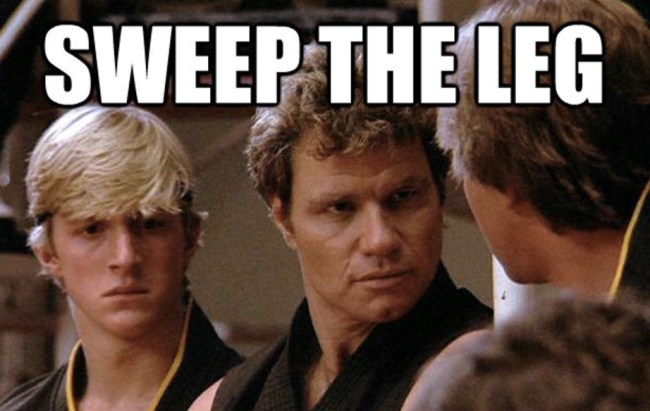 There’s a lot of Twitter roasting in the Sports community. Team vs. Team. Players vs. Players. But I cannot recall a time that a relative rookie absolutely shattered the soul of a veteran in the way that the Vegas Golden Knights just did when they destroyed the Canadiens on Twitter. I’m a Lightning fan, but after seeing this I’ll be 100% be rooting for the Vegas Golden Knights on days when the Bolts aren’t playing.

It all started with the Golden Knights tweeting excitement about winning their second pre-season game. They have a lot of reason to be excited since these are the first two wins in franchise history. Some Montreal fan tried to throw shade at the Golden Knights and bring up all of those ancient Stanley Cups that the Canadiens won back when there were only SIX teams in the entire league, and that’s when the roasting began:

Yeah…. but that's 22 less than the number of Stanley Cups of the Montreal Canadiens !!

Good for you! You must be very proud of this incredible preseason accomplishment.

We're definitely proud! But not as proud as @CanadiensMTL are of how many championships they won when there were only 6 teams in the league🙄 https://t.co/FaK14I2XLz

Has anyone heard from the Montreal Canadiens’ social media manager since yesterday afternoon? Are we sure that they aren’t dead from the worst roasting in the history of Sports Twitter?

After the K.O. from the Vegas Golden Knights one fan claimed they were getting a little too aggressive, so they responded with this:

We were just tweeting about 🏈& they attacked us!

Gloves off.
Stick down.
No warning.
They challenged the Knights!