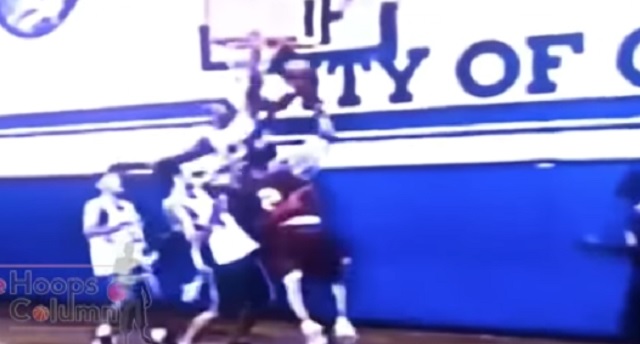 LaVar Ball, the father of UCLA point guard Lonzo Ball has made some outlandish claims about his basketball ability. The elder ball claims that he could have beaten Michael Jordan in a game of one-on-one.

We now finally have video of Ball playing some basketball thanks to ‘The Hoops Column’ and yeah, Ball probably wouldn’t be able to score a point against the GOAT in a game of one-on-one.