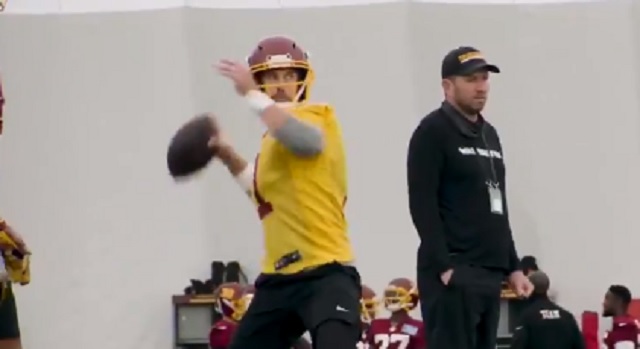 Alex Smith is officially back.

Smith last played football in 2018 against the Houston Texans when he suffered a devastating tibia and fibula fracture that forced him to have over 15 surgeries to repair the damage.

Alex Smith's leg was shattered on November 18th, 2018. In the days following, he got sepsis, which nearly took his life.
He spent the next month in a hospital, then 3 in a wheelchair, then 8 in an external fixator. He had 17 surgeries within 9 months.

On Sunday the Washington Football team made it official and released Smith from the active/PUP list.

Smith was later seen throwing balls and practicing with the team a few hours after the announcement.

Today was a good day 👏 pic.twitter.com/2MD4C4UJpI