Browns And Vikings Are Reportedly In Trade Talks To Send Odell Beckham Jr. To Minnesota Before NFL Draft 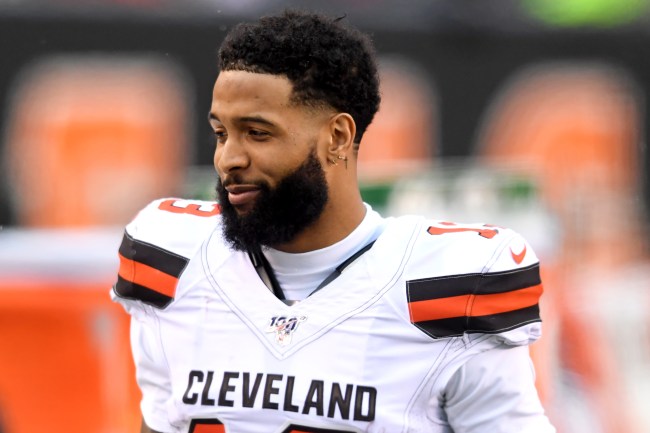 It appears that the Minnesota Vikings are staying busy in the trade market this offseason.

Just a few weeks ago, the Vikings traded away star wide receiver Stefon Diggs to the Bills for a slew of draft picks.

Buffalo Bills have traded a 1st, 5th and a 6th round picks for Steffon Diggs. How in the world Deandre Hopkins was traded for just a second round pick? Bill O'Brien and the Texans made a huge mistake. pic.twitter.com/0vpxPl9o54

The Vikings are now reportedly going to try to flip some of those picks and get Odell Beckham Jr. from the Browns according to WFAN’s Marc Malusis.

So, as I reported this morning on @MandMWFAN, Source has told me that the Browns and Vikings are in discussions on a trade that would send @obj to the Vikings for a 2nd and 5th round pick next year. Trade is not done, but the deal is being discussed.

Back in February Browns GM Andrew Berry said that he was willing to listen to trades for Beckham Jr.

I’m not going to discuss any specific player in terms of trade opportunities, trade calls or anything like that,’’ Berry said when specifically asked about Beckham. “I did work under probably the strongest wheeler-dealer in the league under [Eagles GM] Howie Roseman and it’s something that you always pick up the phone and you listen to anything across the table.

“A lot of trade talk ends up being hollow across the NFL anyway. But again, we’re going to explore any opportunity to improve the roster through any means necessary.’’

Update: Mary Kay-Cabot of Cleveland.com spoke to a source who claims Malusis’ report is off false.

Received a one-word answer from a source close to the #Vikings about the report they're talking to the #Browns about trading for Odell Beckham Jr. for a 2nd & 5th next year: "False"