Vikings’ Dalvin Cook Considered Changing His Jersey Number Until The NFL Told Him It Would Cost $1.5 Million To Do So 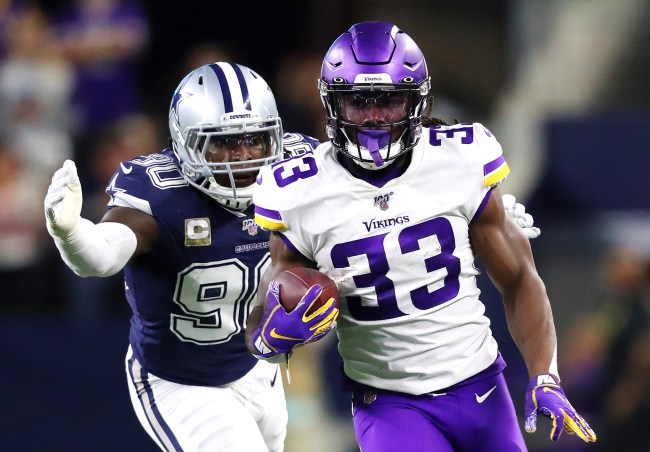 Vikings RB Dalvin Cook was seriously considering changing his jersey number until he found how much it was going to cost him.

Earlier this week the NFL announced they were going to expand the uniform numbers available to multiple positions.

NFL Network’s Tom Pelissero reported that NFL owners approved the proposal on changes to jersey numbers, per sources informed of the situation.

The proposal, submitted by the Kansas City Chiefs, adjusted the restrictions on who can wear which jersey numbers. Specifically, the approval unlocks the number of players eligible to wear single-digit numbers, which had previously been relegated to QBs, kickers and punters.

Via Pro Football Talk
After the rule change took effect, Cook looked into changing his jersey number from #33 to #4 but immediately changed his mind when the league told him he had to buy all the remaining jerseys in stock at retail prices which would have cost him approximately $1.5 million.

More specifically, and per multiple sources, the players must purchase — at retail prices — the remaining Fanatics supply.

Per a source with knowledge of the situation, Vikings running back Dalvin Cook, who considered switching to No. 4, has decided to stick with No. 33 after learning the cost of his unsold jerseys. Per the source, the price tag fell in the range of $1.5 million.

It seems pretty bogus the NFL would make players to pay full retail price and not give them a discount for buying back their old jerseys.