Vikings GM Dunks On Own QB, Says Kirk Cousins Isn’t In The Same Class As ‘Tom Brady Or Patrick Mahomes’ 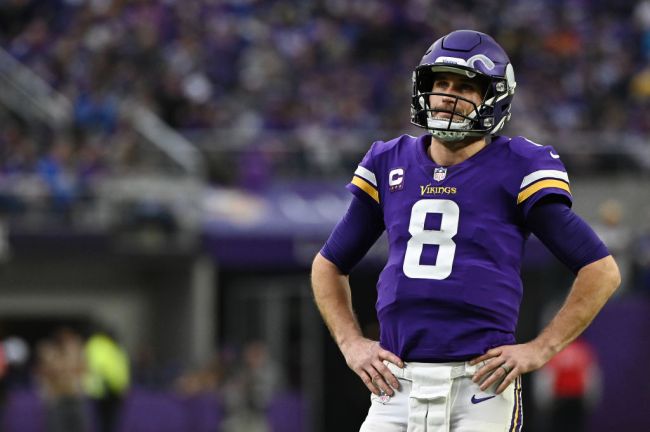 As every good boss knows, nothing instills undying confidence in your workforce like telling them they aren’t as good as their peers. Whomst among us hasn’t done that to motivate our underlings? Anytime I interview an actor, I make sure to lead with, “Hey, I love your movies, but not as much as the likes of Leonardo DiCaprio or Brad Pitt, obviously.”

Minnesota Vikings general manager Kwesi Adofo-Mensah, who was hired as the team’s GM earlier this year, clearly is subscribing to this tried and true method of leadership as he acknowledged in a recent interview that starting quarterback Kirk Cousins is not in the same class as legendary seven-time Super Bowl winning signal-caller Tom Brady or 26-year-old likely future Hall of Famer Patrick Mahomes.

“I’ll be frank: the one asset where you get nervous about not burning it down is quarterback.”

He aims not to take a shot at a quarterback coming off a 4,221-yard, 33-touchdown-to-seven-interception season and believes, indeed, that he has “a good quarterback.” But “we don’t have Tom Brady,” Adofo-Mensah acknowledges, and “we don’t have Patrick Mahomes.” [via USA Today]

Naturally, USA Today writer Jori Epstein asked Adofo-Mensah whether or not he thought Cousins is good enough to win a Super Bowl

The 33-year-old Cousins, who has been with the Minnesota Vikings since the 2018 season, started 16 games last season and completed 66.3 percent of his passes (his lowest since 2017), 33 touchdowns, and seven interceptions. Now go get ’em, Kirk!