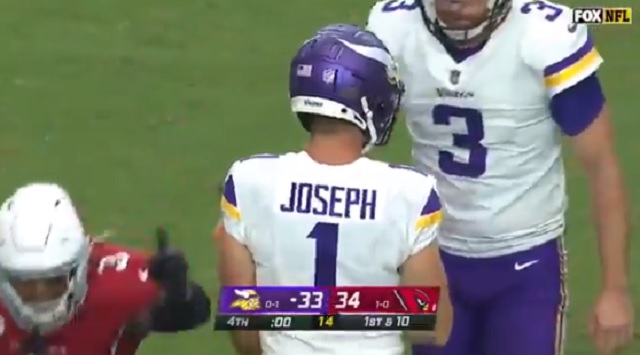 When you’re a radio announcer it’s important to announce everything that happens on the field accurately for those who are listening in and can’t watch.

Unfortunately, Vikings radio announcer Paul Allen made the wrong call during the team’s latest broadcast, and fans listening on the radio must have been confused. Late in the fourth quarter of the Vikings-Cardinals game, Vikings kicker Greg Joseph missed a 37-yard potential game-winning field goal. While calling the play, Allen celebrated as if Joseph had made it before realizing it was a miss.

Paul Allen on the Vikings radio network: "It is…GOOOOOOOOOD…no he missed it!"

AS CALLED ON VIKINGS RADIO: pic.twitter.com/11794IWphj