At 40, Vince Carter Still Warms Up By Draining A Half-Court Shot And 360 Dunk 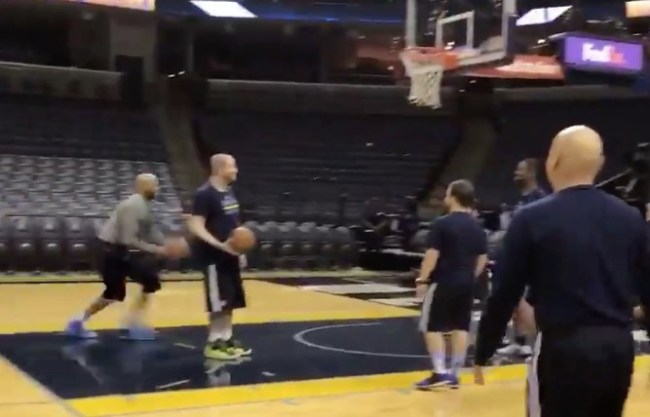 Vince Carter was born in 1977. He’s been in the NBA since 1998 and he celebrated his 40th birthday back on January 26th. You’d think that playing in the NBA for 20 years would cause Vince Carter‘s body to break down but you would be wrong, very wrong.

Vince isn’t aging. He’s some sort of an ageless wonder. How do I know this? I know this because I watched this clip of him warming up for a Memphis Grizzlies game in which he casually hits a half-court shot and then throws down a 360 dunk with ease:

If that embedded clip isn’t working for you then you can click directly to streamable HERE, or here on Instagram:

It’s going to be a sad, sad day when Vince Carter decides to hang up his laces in the NBA. He’s been a once-in-a-lifetime talent. And it goes without saying, but I’ll say it anyways: Vince Carter almost killed the All-Star Dunk Contest when he stopped competing in it.