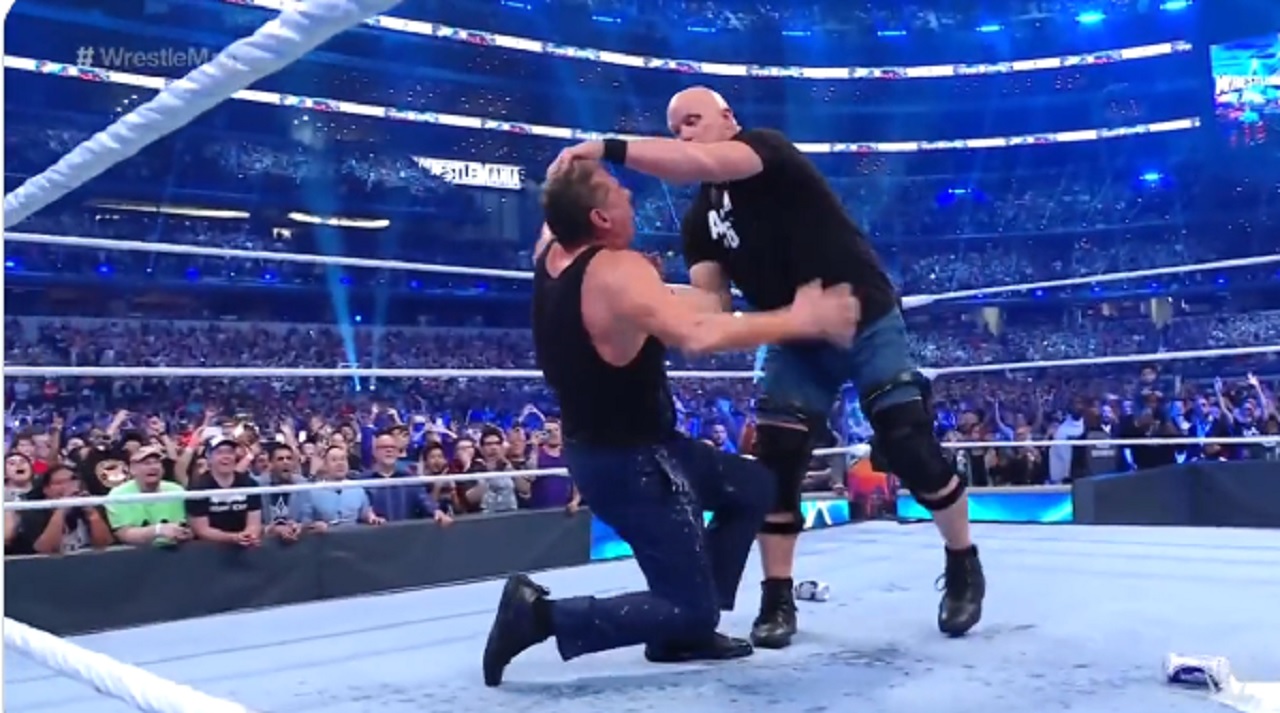 Vince McMahon is 76-years-old and probably shouldn’t be wrestling anymore.

During the second night of WrestleMania 38 on Sunday night, McMahon decided it was a good idea to take a stunner from Stone Cold Steve Austin for old time’s sake, but things didn’t go as planned.

I AM FUCKING CRYING 😭😭😭😭#wrestlemania pic.twitter.com/Moj2XaODkf

Austin could be seen laughing after McMahon’s botched stunner.

It ended with Austin giving Vince a stunner. It was the worst stunner in history, so bad Austin just started laughing. Austin & McAfee celebrated after.

Vince McMahon botched the Stunner so hard that Stone Cold couldn't help but laugh. What a moment. pic.twitter.com/oXRUgm4M7j

Wrestling fans had some thoughts about McMahon’s stunner after the event.

For old time's sake, Vince takes the absolute worst stunner in the history of humankind

Both the first time and the last time Vince McMahon took a Stunner he sold it horribly.

The circle of life is complete. pic.twitter.com/AqekfuoAW6

we've done it. the all time worst stunner of all time. Vince McMahon takes back the crown that Linda and Trump stole from him.