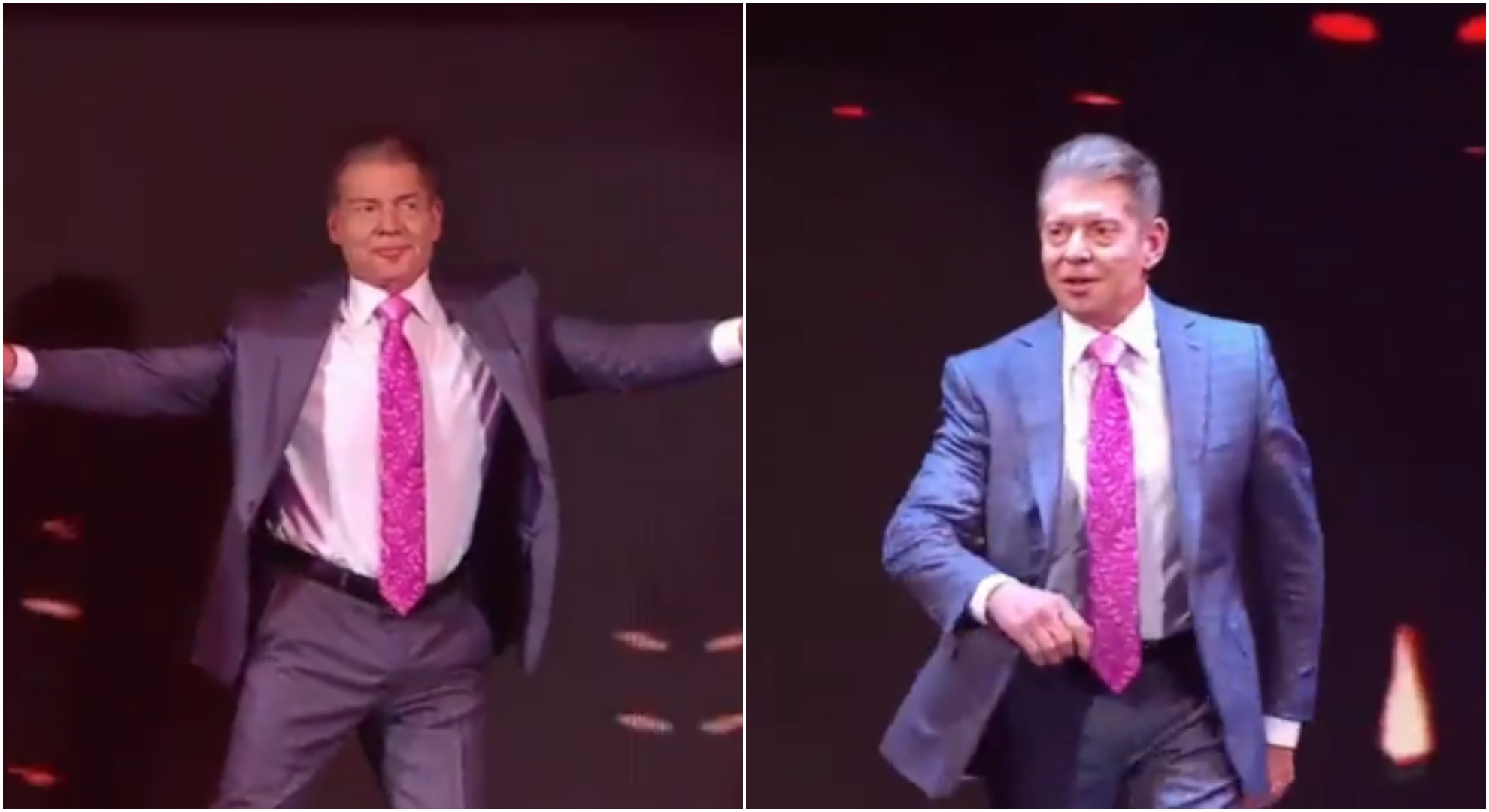 Vince McMahon doesn’t seem too bothered by the serious workplace misconduct investigation by the WWE’s board.

Earlier this week, the Wall Street reported that McMahon was being investigated for paying a former female employee $3 million in hush money to keep their alleged affair under wraps.

McMahon stepped down as WWE CEO while the investigation is ongoing but still decided to make appearance on WWE’s Smackdown on Friday night.

In his brief appearance, McMahon strutted to the ring as the crowd loudly cheered.

McMahon went to deliver a mic-dropping speech during the intro to Smackdown.

“I want to remind you of the four words you just saw in what we call the WWE signature, those four words are then, now, forever, and the most important word is together”